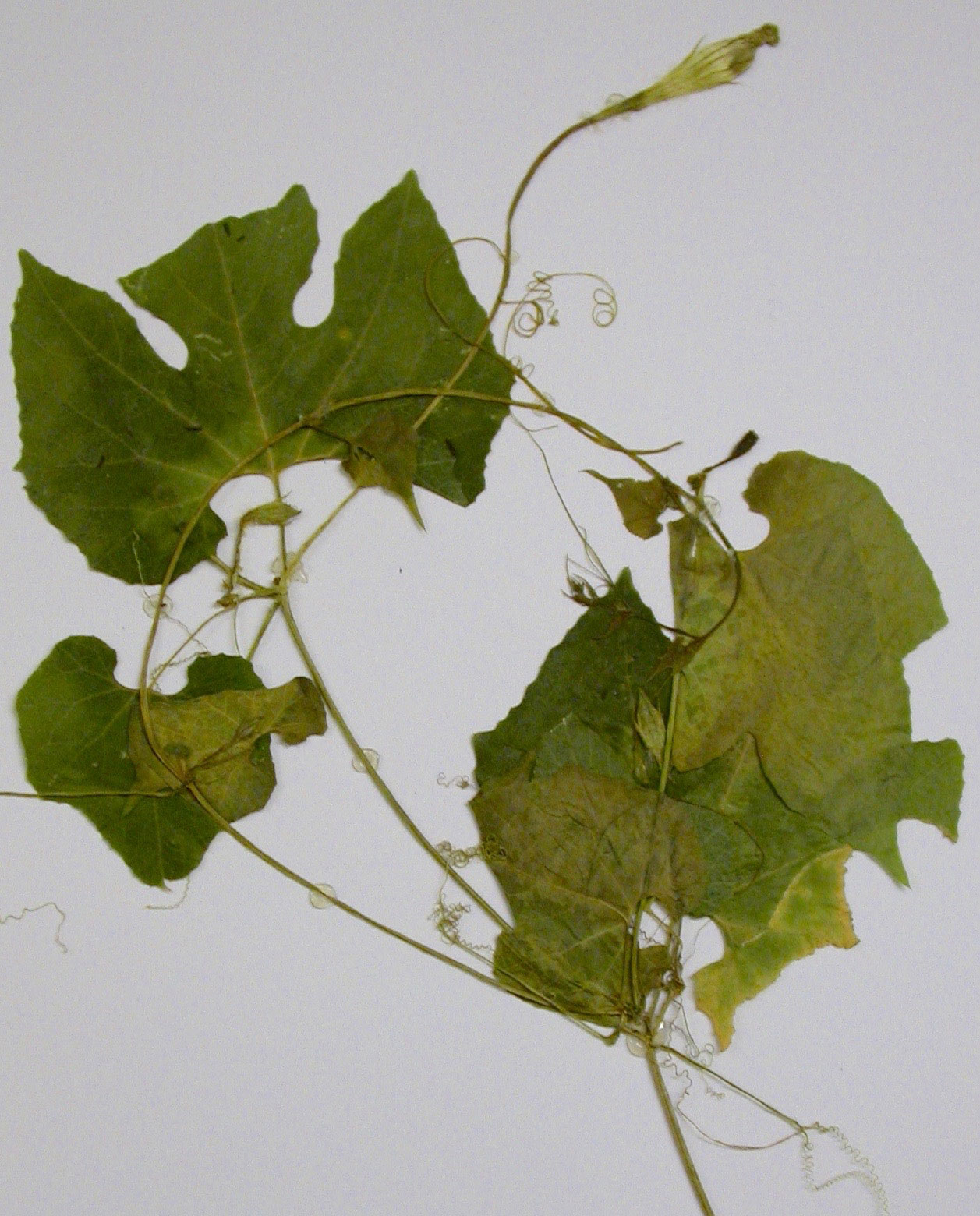 Annual climber or trailer with up to several meters long, herbaceous shoots and monoecious sex system. The leaves are simple, petiolate, with cordate, entire or 3-5-lobed blade. The tendrils are (2-)4(-6)-fid and up to 20 cm long, with stout peduncle and adhesive pads. The large, showy flowers open at night and are produced solitary in the leaf axils, male flowers on very long stalks, female flowers on short stalks. The receptacle-tube is campanulate to obconic-cylindric, much shorter in the female than in the male flowers and carries five triangular sepals, which are narrower in the female flowers than in the male. The five white petals are broadly rounded. The three stamens are inserted halfway up the tube on long, free filaments. Two anthers are bithecous, one is monothecous, all are fused into a central head. The thecae are triplicate and contain large, pantoporate, echinate pollen (polar axis 176-180 µm, equatorial axis 176-180 µm (Khunwasi 1998)). The ovary is ellipsoid with many horizontal ovules. The style is slender, elongated with three deeply bilobed stigmata. The fruit is a medium-sized, dry berry, ellipsoid to oblong, rounded at the apex, green with white or yellow marks. At maturity, the pericarp splits into several irregular segments and exposes many, brown broadly ovate, compressed, and narrowly winged seeds, which are contracted at the base.

The one accepted species plus five additional proposed (but not validly described) species grow in tropical or oak-pine-forest in Mexico, Costa Rica, Guatemala, Panama, and Nicaragua (Kearns 1992).

Phylogenetically, Polyclathra groups with Peponopsis and Cucurbita, from which it split about 19 million years ago (Schaefer et al. 2009). All three are placed in tribe Cucurbiteae (Schaefer & Renner 2011). 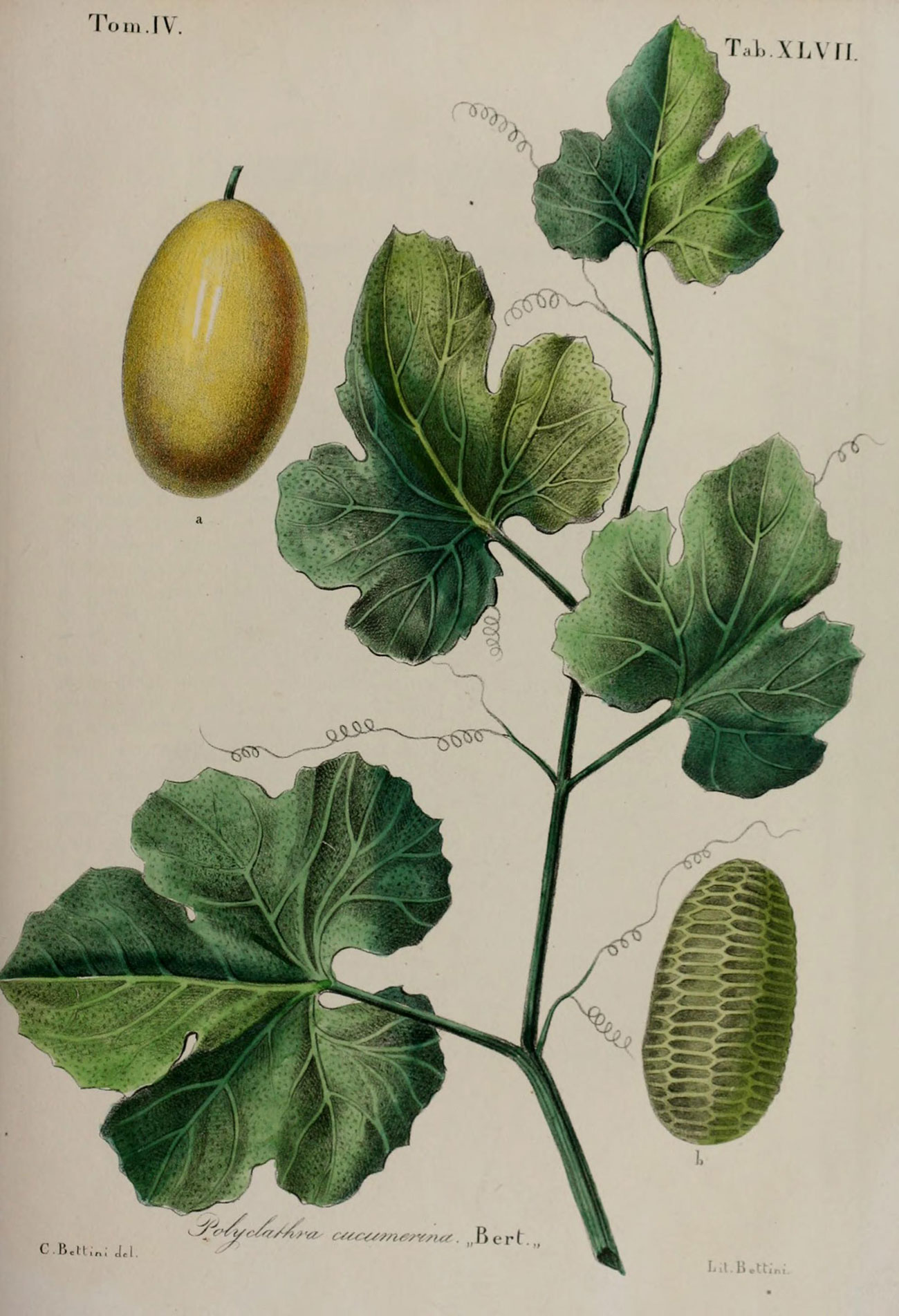 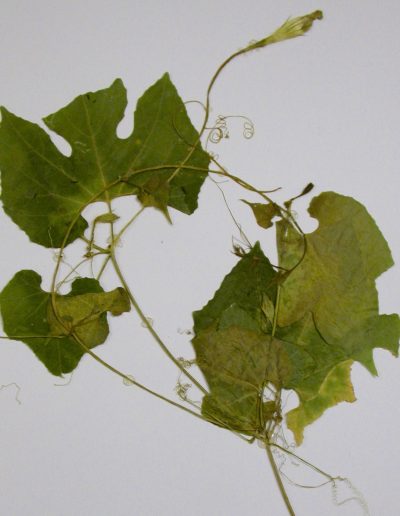 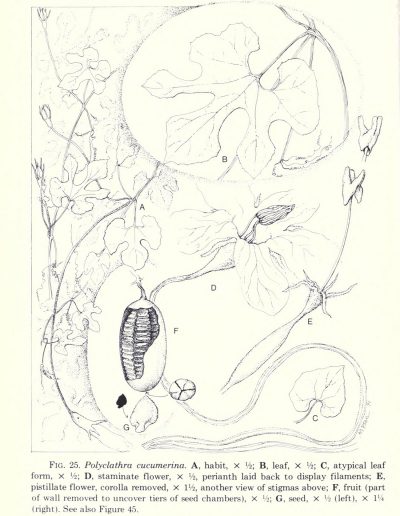 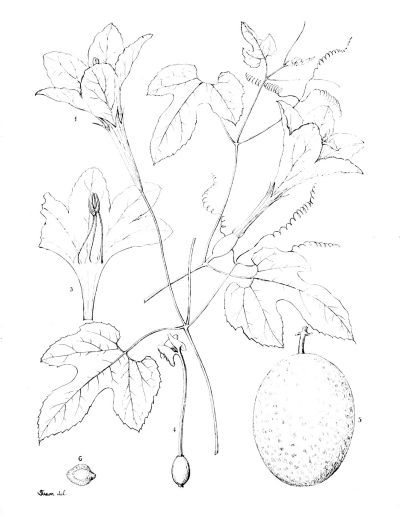 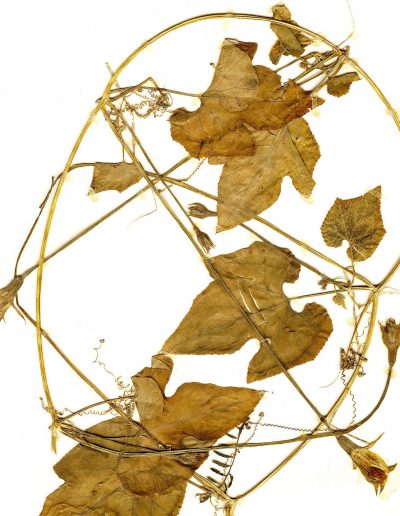