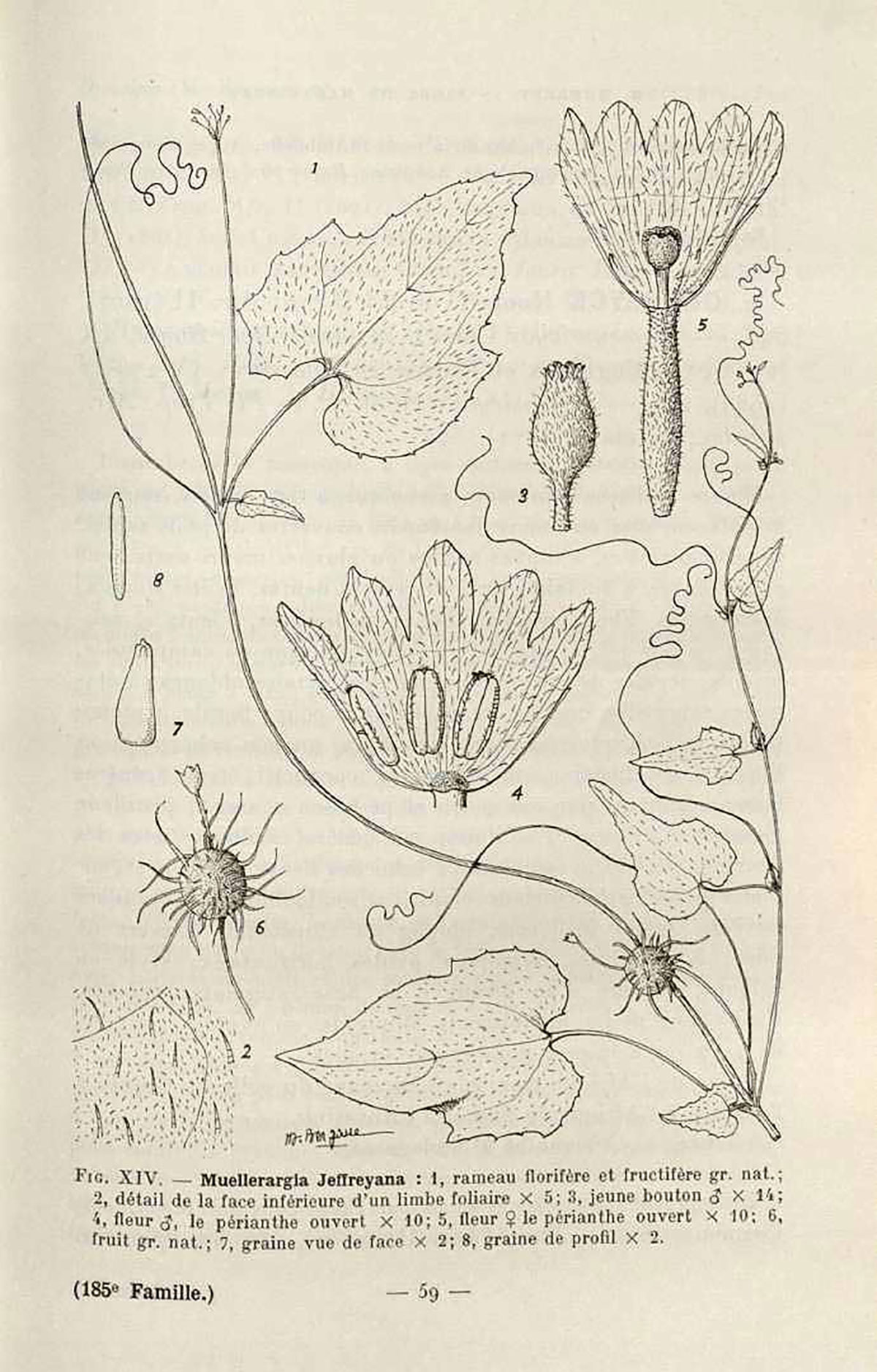 Perennial climber or trailer with up to 2 m long herbaceous shoots and monoecious sex system. The leaves are simple, petiolate, with an entire, ovate, triangular, or 3-5-lobed blade, and reniform or suborbicular probracts at the base of the petiole. The tendrils are simple. Male flowers are produced in (umbellate) racemes, the female flowers stand solitary, coaxillary with the male raceme. The receptacle-tube is campanulate, 2.5 mm long, with five small, triangular sepals. The corolla is rotate with five yellow, (ob)ovate, 0.7 mm long petals. The three stamens are inserted near the base or halfway up the tube on very short filaments. Two anthers are bithecous, one is monothecous. The thecae are straight or slightly curved, fringed with hairs and contain tricolporate, finely reticulate, small to medium-sized pollen (polar axis 50 µm, equatorial axis 46-48 µm (Keraudren 1968)). The ovary is ovoid or ellipsoid, setose, with 2-3 placentae and many, horizontal ovules. The style is short with bilobed stigmata, forming a central globular body. The fruit is fleshy, ovoid, to 2.5 cm long and 1-2 cm across, rostrate, ornamented with long, soft bristles, indehiscent or dehiscing through ruptured attachment of pedicel. The many seeds are oblong, compressed, 8-10 mm long, the testa is smooth or finely pitted, pale whitish, with slightly thickened margin.

Muellerargia is the sister group of Cucumis, from which it split about 16 million years ago (Schaefer et al. 2009). Both are placed in tribe Benincaseae (Schaefer & Renner 2011).

Named after the botanist Johannes Müller (1828-1896), who was born in the Swiss canton of Aargau and thus chose the name Müller Argoviensis (Müll.Arg.). 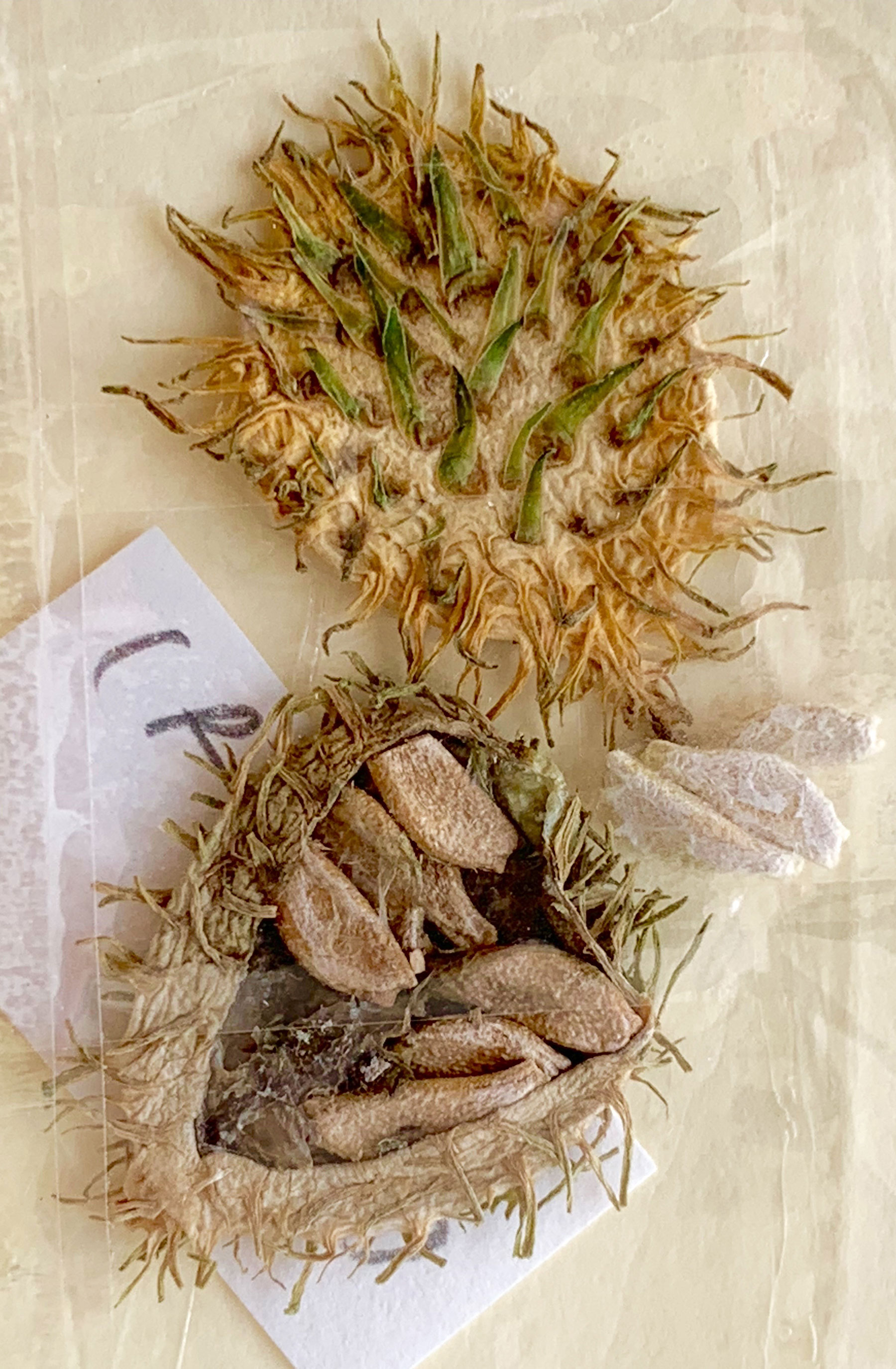