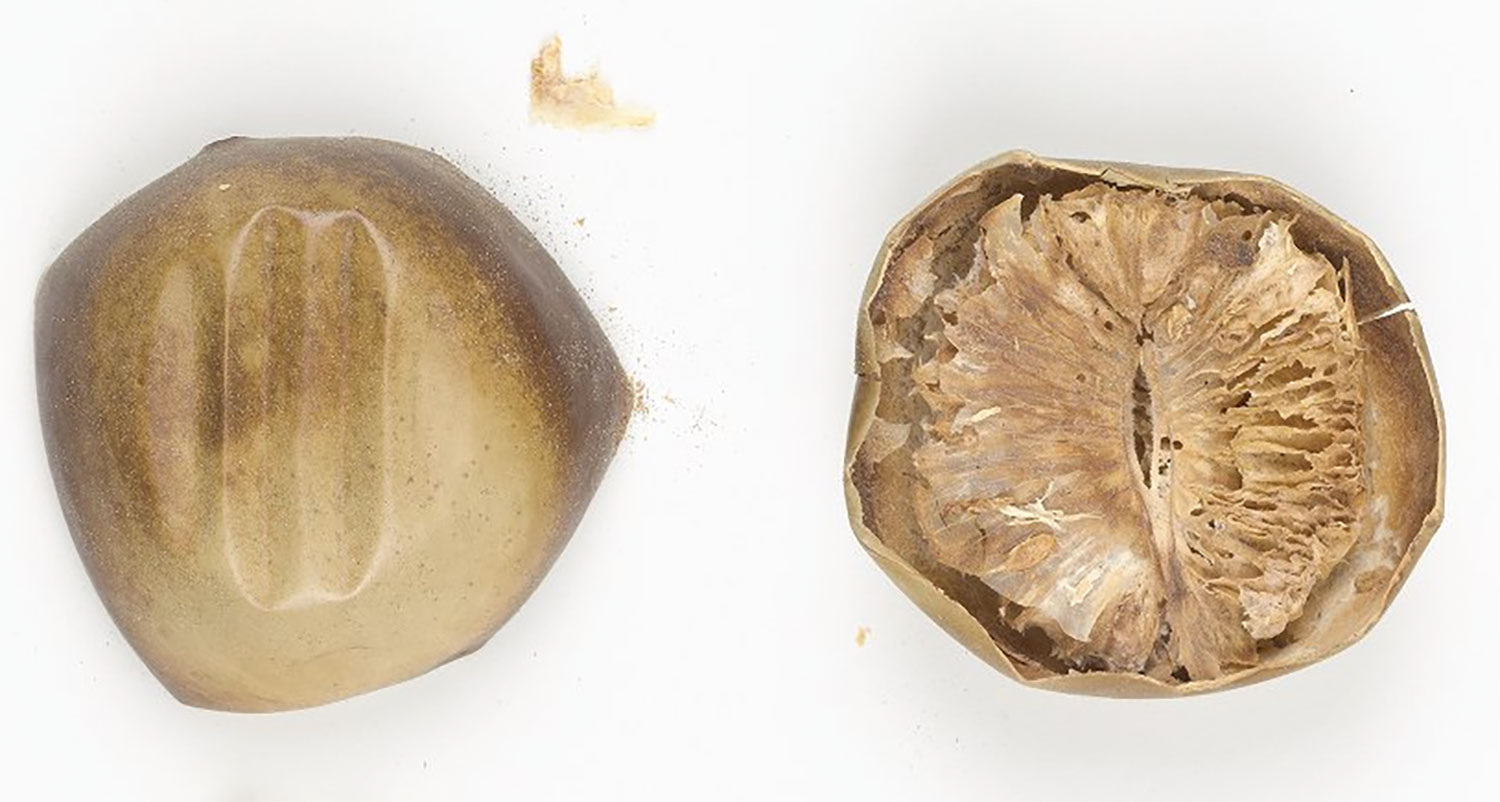 Perennial climber with up to 10 m long herbaceous or woody shoots and monoecious or dioecious sex system. The leaves are simple, petiolate, with triangular, pedately 3-5-lobed blade. The tendrils are simple or 2-3-fid. The flowers are small to medium-sized, the male flowers are produced solitary or in axillary fascicles, the female flowers solitary. The receptacle-tube is shortly cup-shaped to campanulate with five triangular, 4-10 mm long sepals, which are fused in the lower half or free. The corolla is cylindrical with five (rarely four), yellow or pale green petals, which are fused in the lower half or free. The three stamens consist of filaments, which are fused into a central column and anthers connate into a central head. The thecae are triplicate and contain echinate pollen. The ovary is ovoid with three placentae, many, horizontal ovules, and three stigmata. The fruit is globose, smooth, 5-7 cm in diameter, indehiscent, ripening yellowish. The many seeds are elliptical.

Two species found in humid montane forest on the Caribbean island of Hispaniola.

Phylogenetically, the genus Penelopeia is placed in Cucurbiteae, where it groups with Sicana and Calycophysum but the exact relationships are still unresolved (Schaefer et al. 2009, Schaefer & Renner 2011). 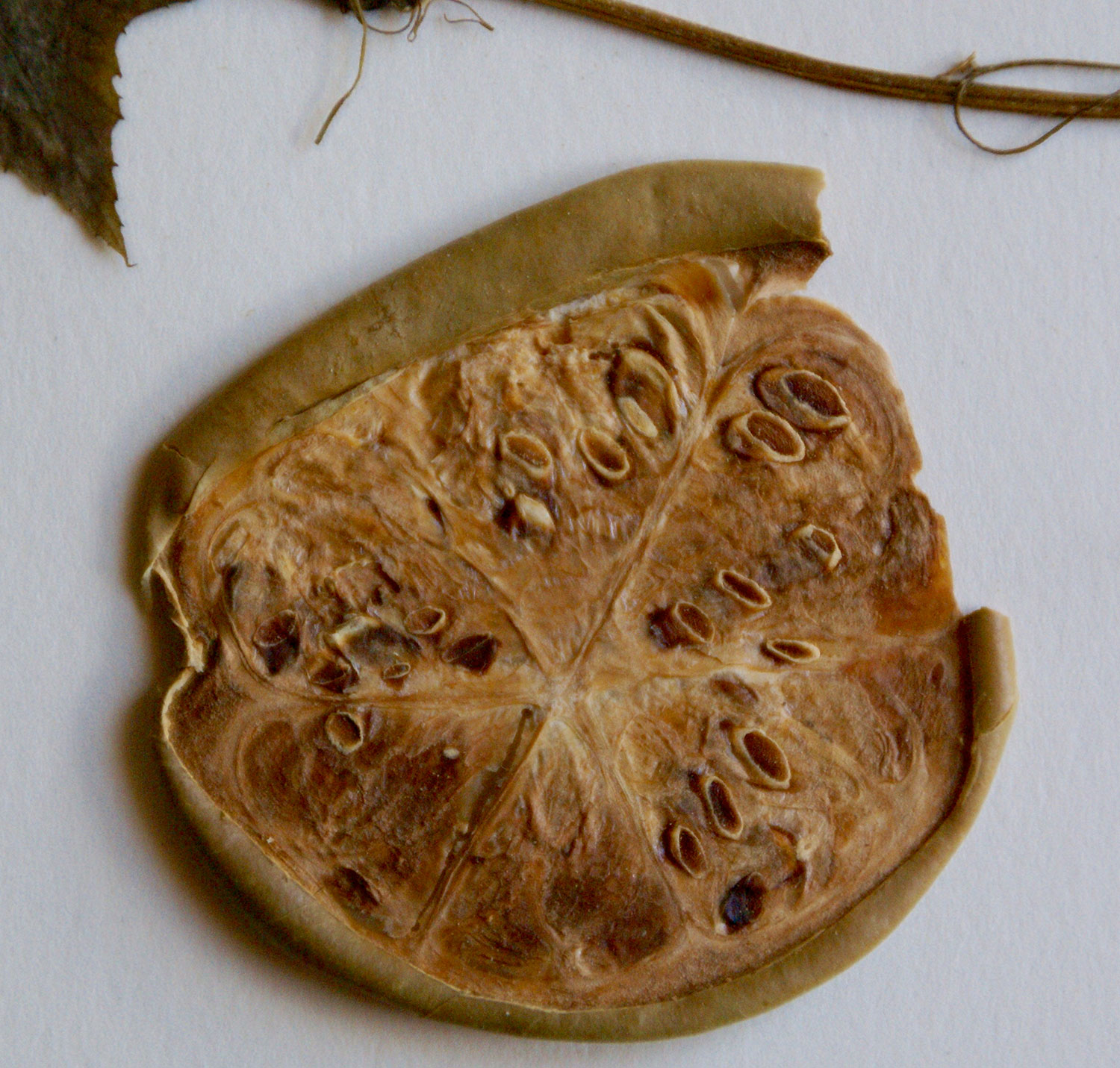 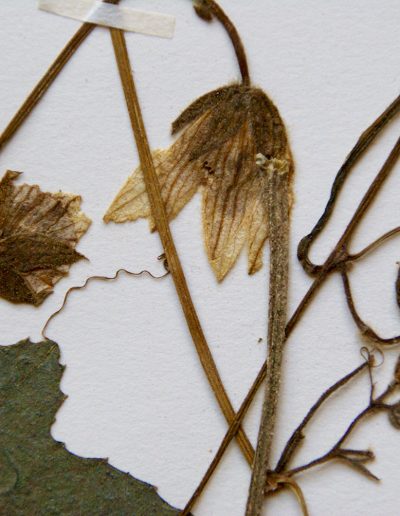 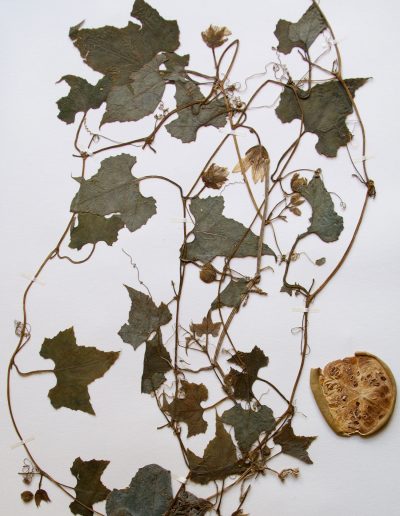 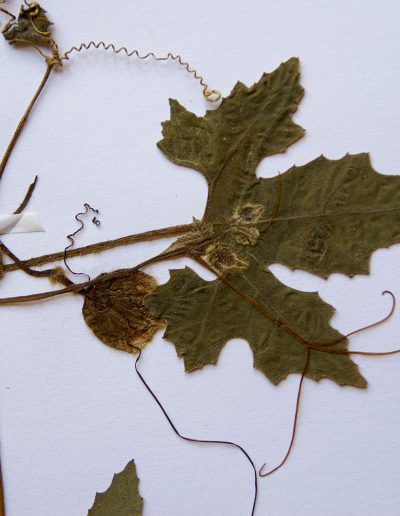 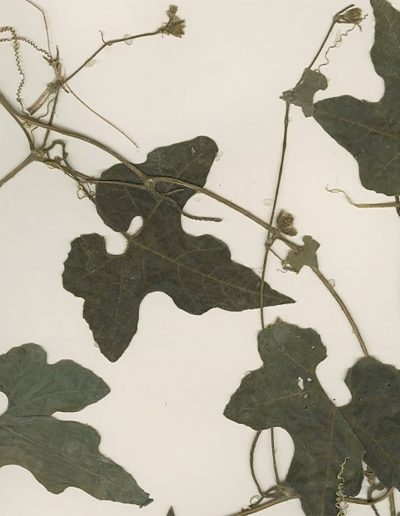 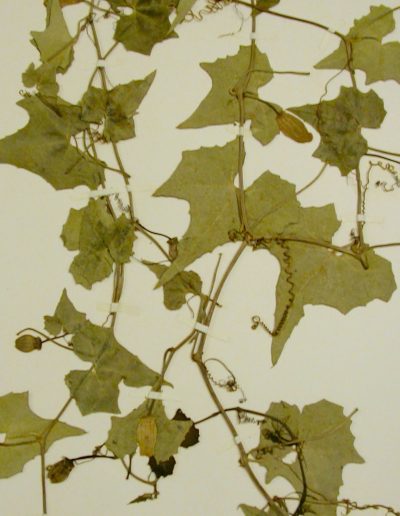 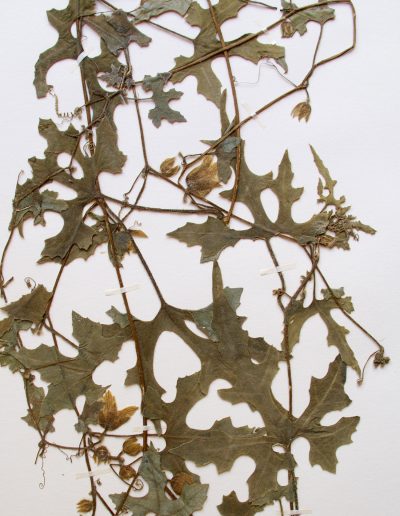 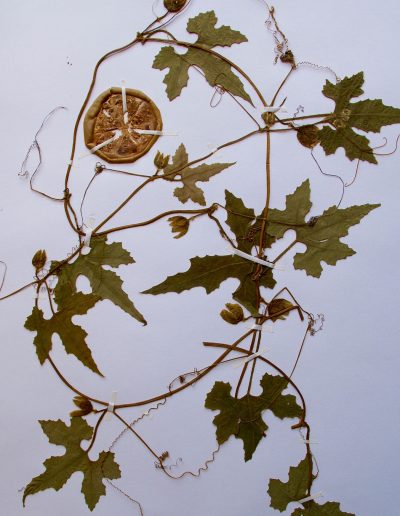 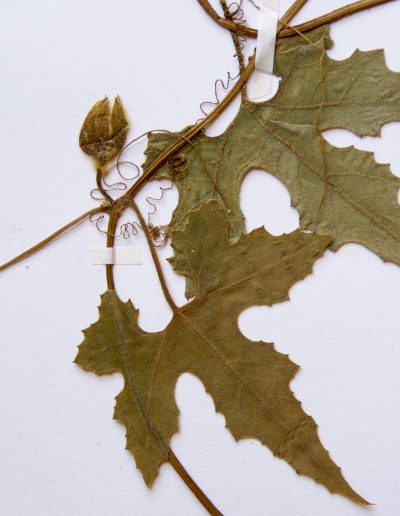