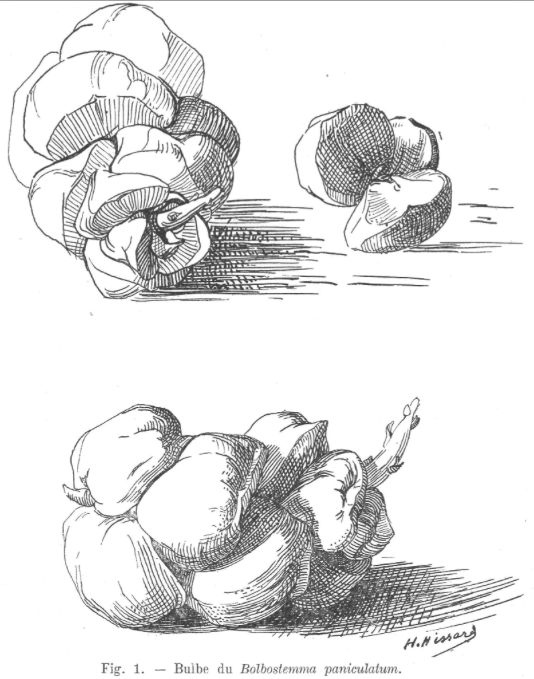 Annual or perennial, herbaceous climbers, with fibrous roots or underground stolons with fleshy, crowded scales at the tip and monoecious or dioecious sex system. The leaves are simple, hastate-cordate, entire or 3-5 lobed, base often with glands, petiolate. The tendrils are apically 2-fid or rarely simple. The flowers are mostly unisexual, rarely bisexual with male flowers in thyrses or racemes (rarely solitary or paired) and female flowers solitary or in fascicles. The receptacle-tube is cup -shaped, the five sepals are linear-lanceolate. The rotate corolla is composed of five ovate-lanceolate or long caudate-acuminate petals. The five (rarely six) stamens are inserted on short, free filaments at the base of the tube and arranged in two pairs and one single free stamen (or rarely three pairs). The anthers are all monothecous with straight thecae and carry small tricolporate, striate pollen (polar axis c. 26-40 µm, equatorial axis c. 21-42 µm, (Khunwasi 1998)). The ovary is subglobose or ovoid, semi-inferior and verrucous with one or three placentae and 2-4 pendent ovules 2-4 and a single short style with two or three reniform stigmata. The fruit is an ovoid, conical, operculate pyxidium with glabrous or echinate surface. The few seeds are ovate and compressed with a rugose testa and denticulate margin. The chromosome number is n = 8 (Probatova and Rudykan 1981).

Three accepted species occur in grassland and thickets near open water. Two of them are found in China and one, A. tenerum, is widespread in Russia, India, China, Taiwan, Korea, Laos, Vietnam, Japan. 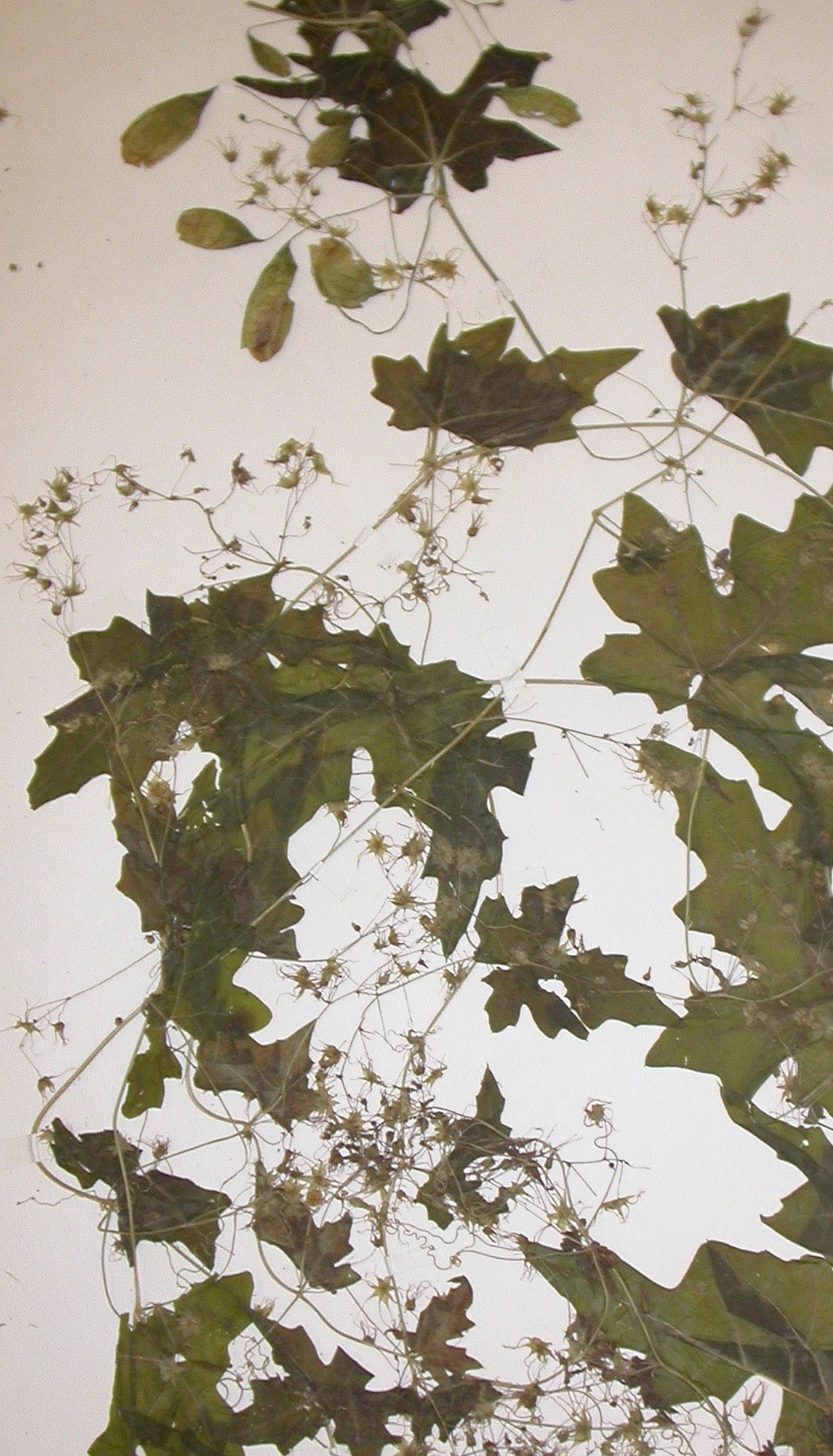 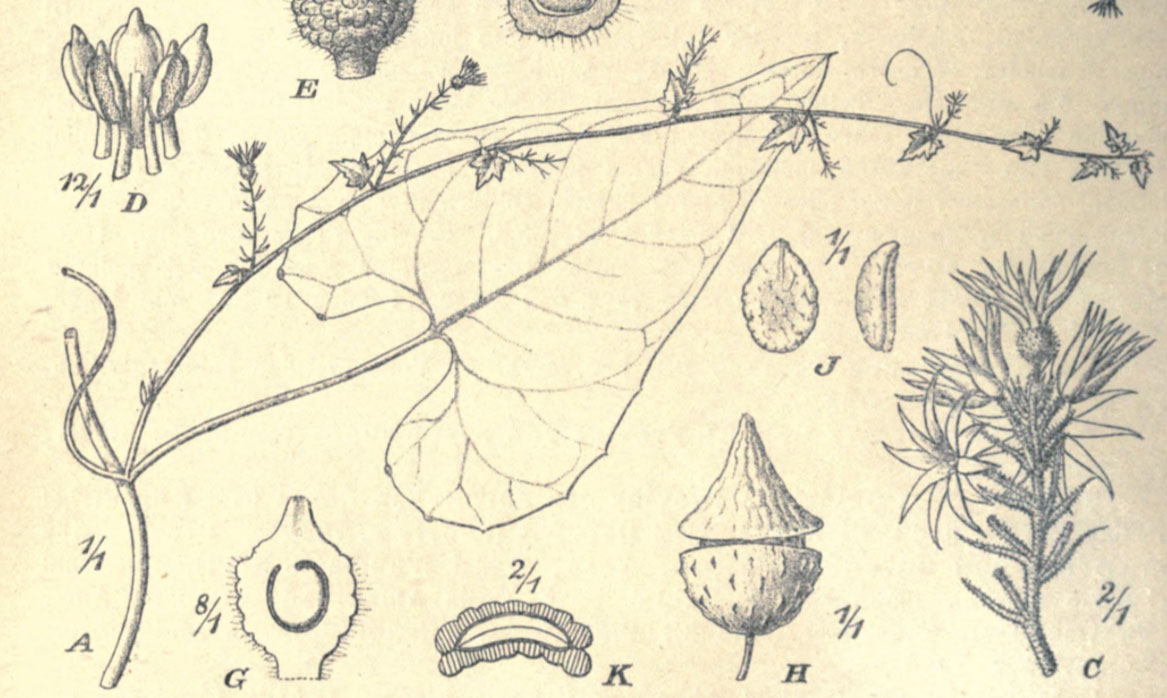 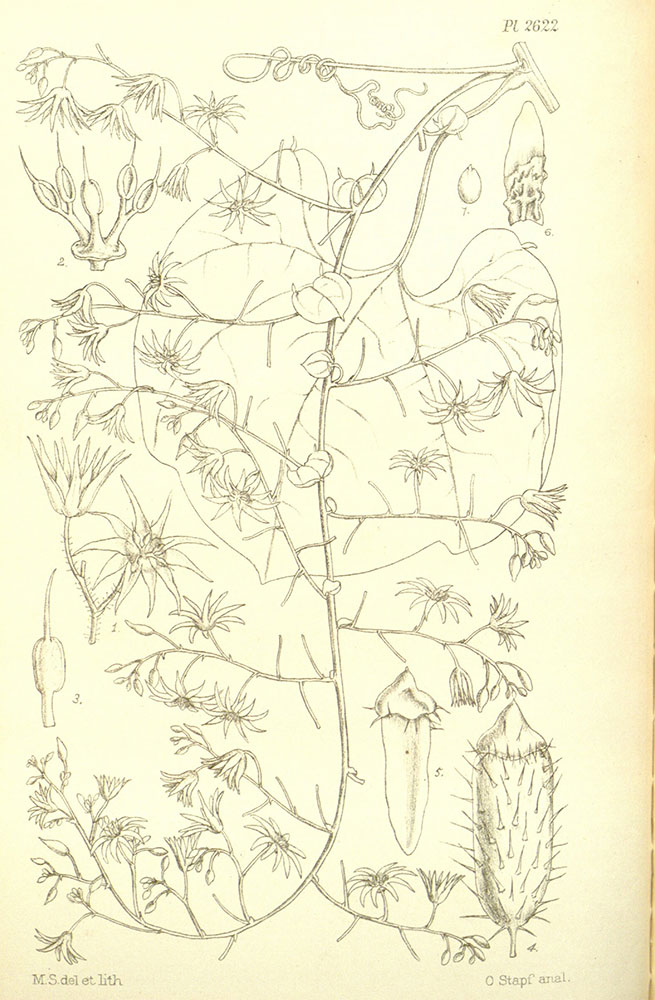 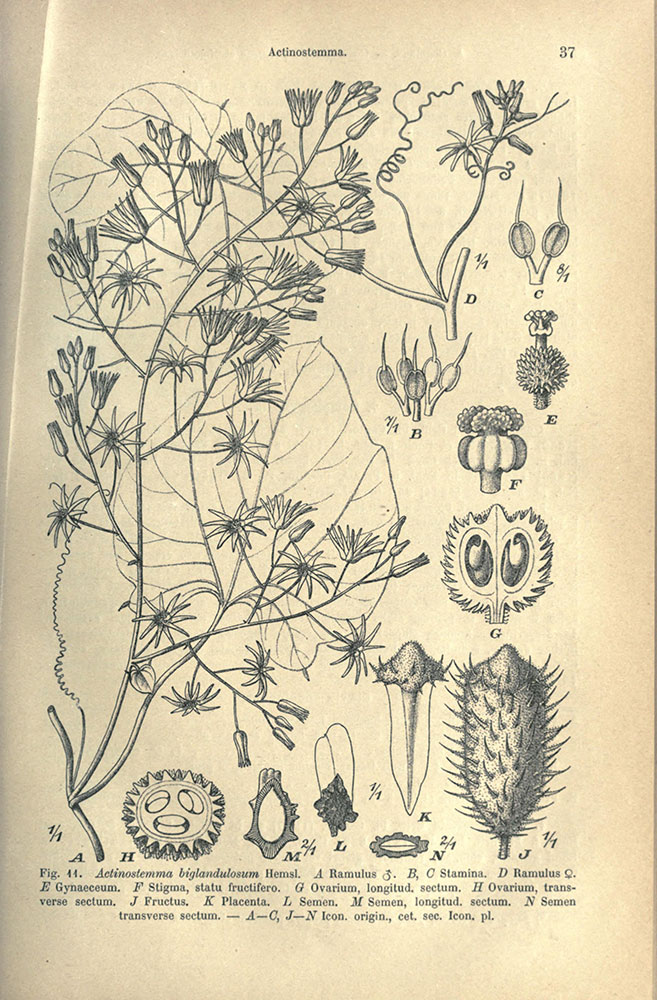 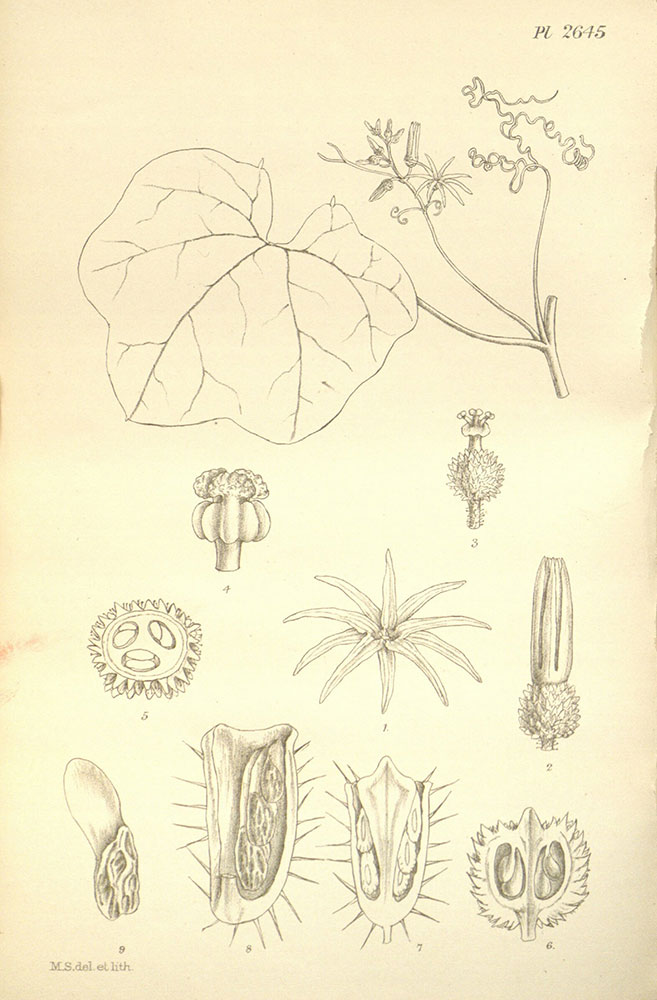