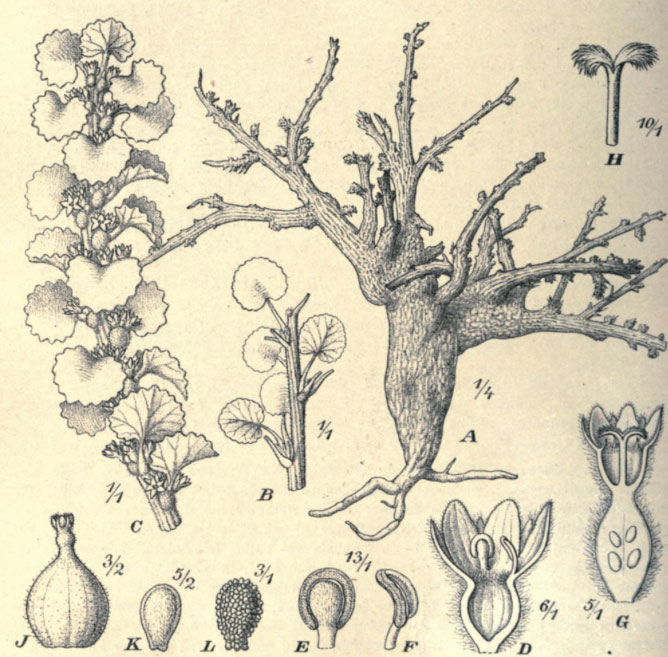 Climbers or trailers with herbaceous shoots and perennial tuberous rootstock or small shrubs (C. glomeruliflorus) with monoecious sex system. The leaves are simple, petiolate, with ovate to reniform-cordate, palmately 3-5-lobed to finely dissected blade. The tendrils are simple or rarely bifid or absent. The flowers are greenish-yellow and small. The male inflorescence is a pedunculate raceme, the female flowers are solitary or fasciculate, often coaxillary with the male raceme. The receptacle-tube is campanulate with five small sepals. The corolla is rotate with five petals, which are united at the base. The five stamens are inserted in the mouth of the tube on free, short filaments. The anthers are all monothecous, sometimes appearing as two bithecous and one monothecous. The thecae are straight and contain tricolporate, finely reticulate to microreticulate, medium-sized pollen (polar axis 51-75 µm, equatorial axis 49-73 µm, (Khunwasi 1998)). The ovary is smooth with few to many, horizontal ovules. The stigmata are bi- or trilobed. The fruit is an up to 2 cm long, ovoid and often rostrate berry, the basal part green, expanded into a cup, the upper part red. It contains few to several, small, pear-shaped or rarely subglobose seeds. The chromosome number is n = 13 in C. epigaeus (Beevy and Kuriachan 1996).

The eighteen species grow at rainforest margins, in wooded grasslands, deciduous and evergreen bushland in mainland Africa, two in Arabia, India, and Pakistan, two are endemic to Madagascar.

The genus Corallocarpus is placed in the tribe Coniandreae but its exact phylogenetic position has not been resolved so far (Schaefer et al. 2009; Schaefer & Renner 2011).

Beevy, S. S. and P. Kuriachan. 1996. Chromosome numbers of South Indian Cucurbitaceae and a note on the cytological evolution in the family. J. Cytol. Genet. 31: 65-71. 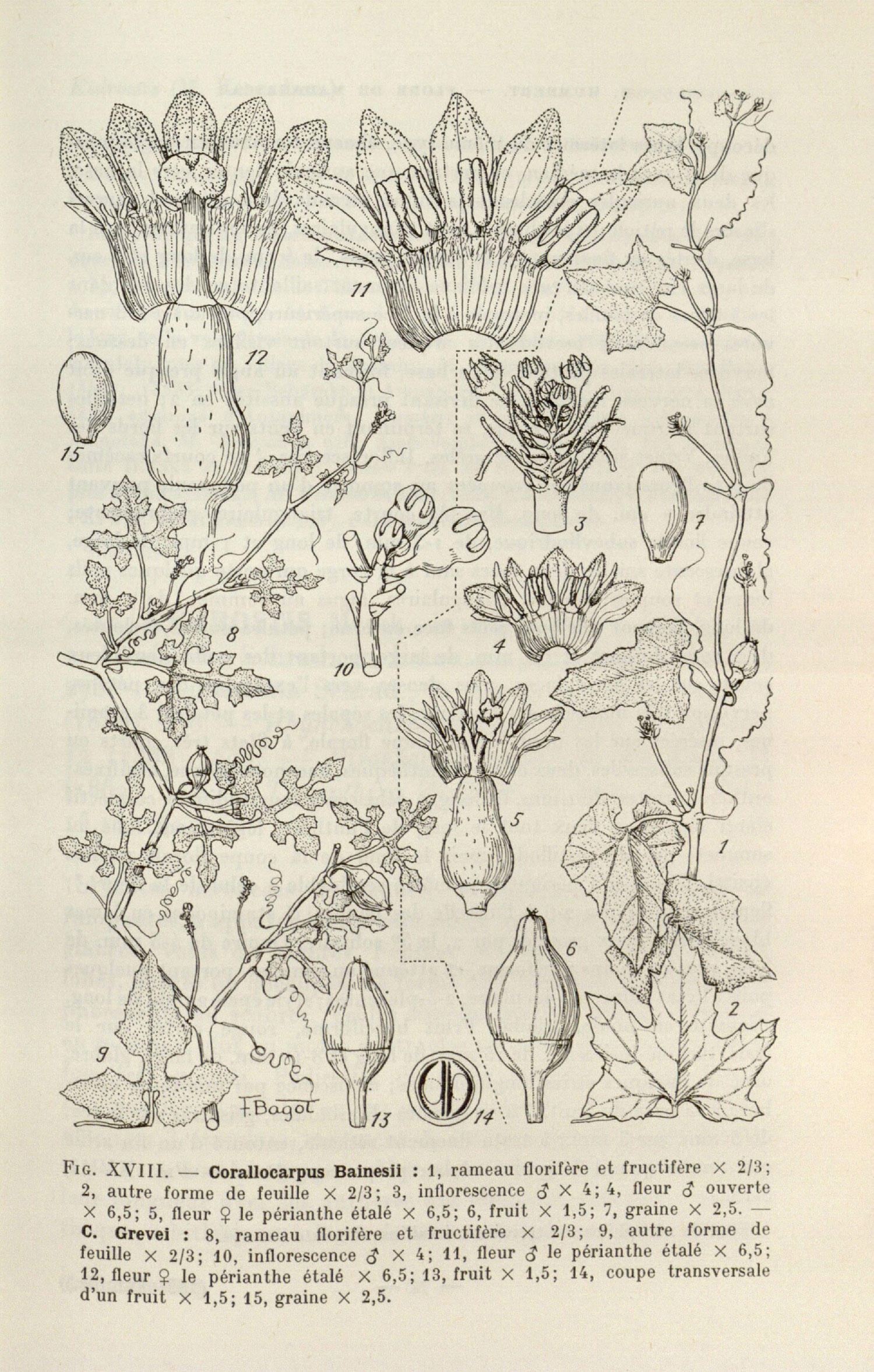 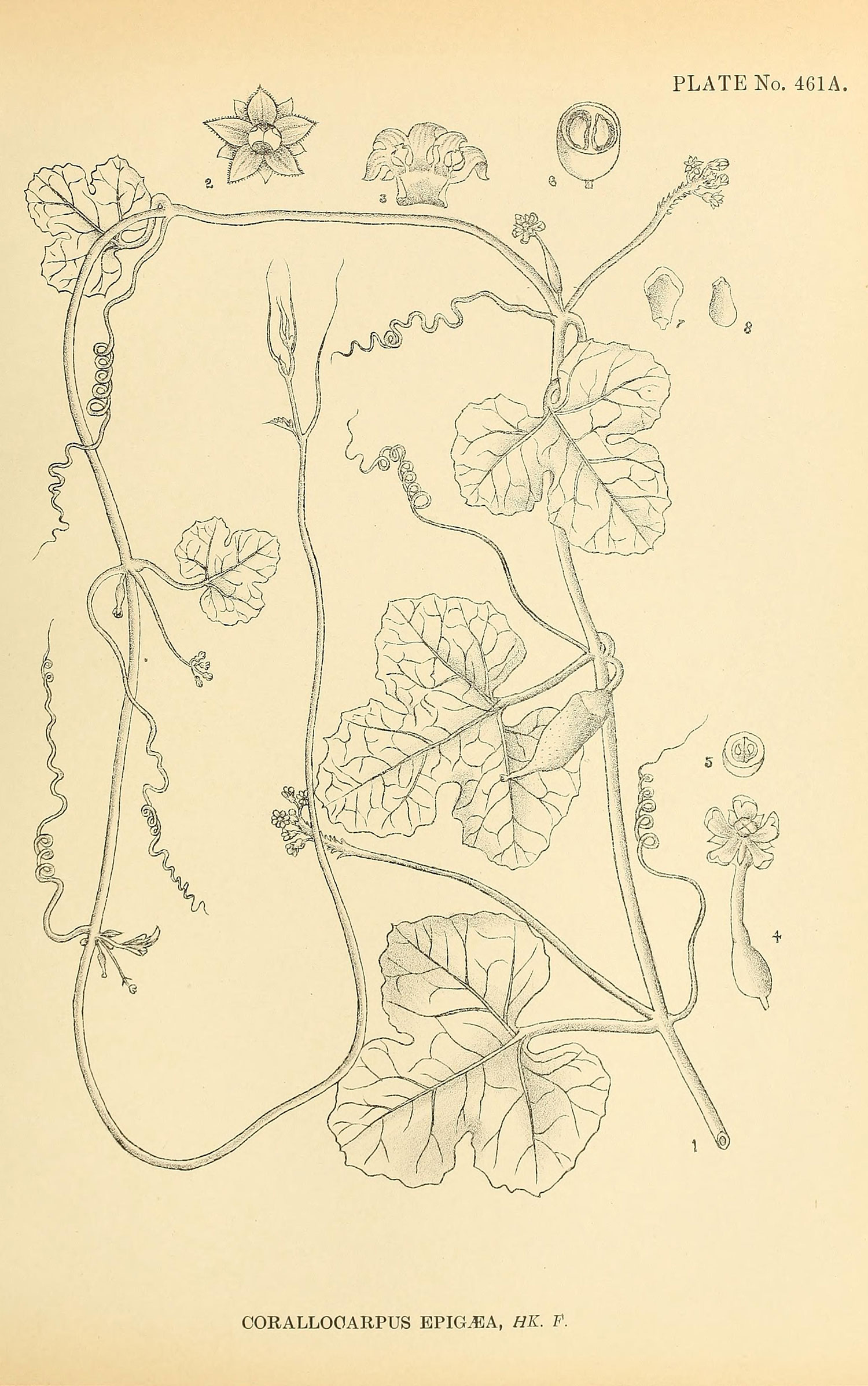 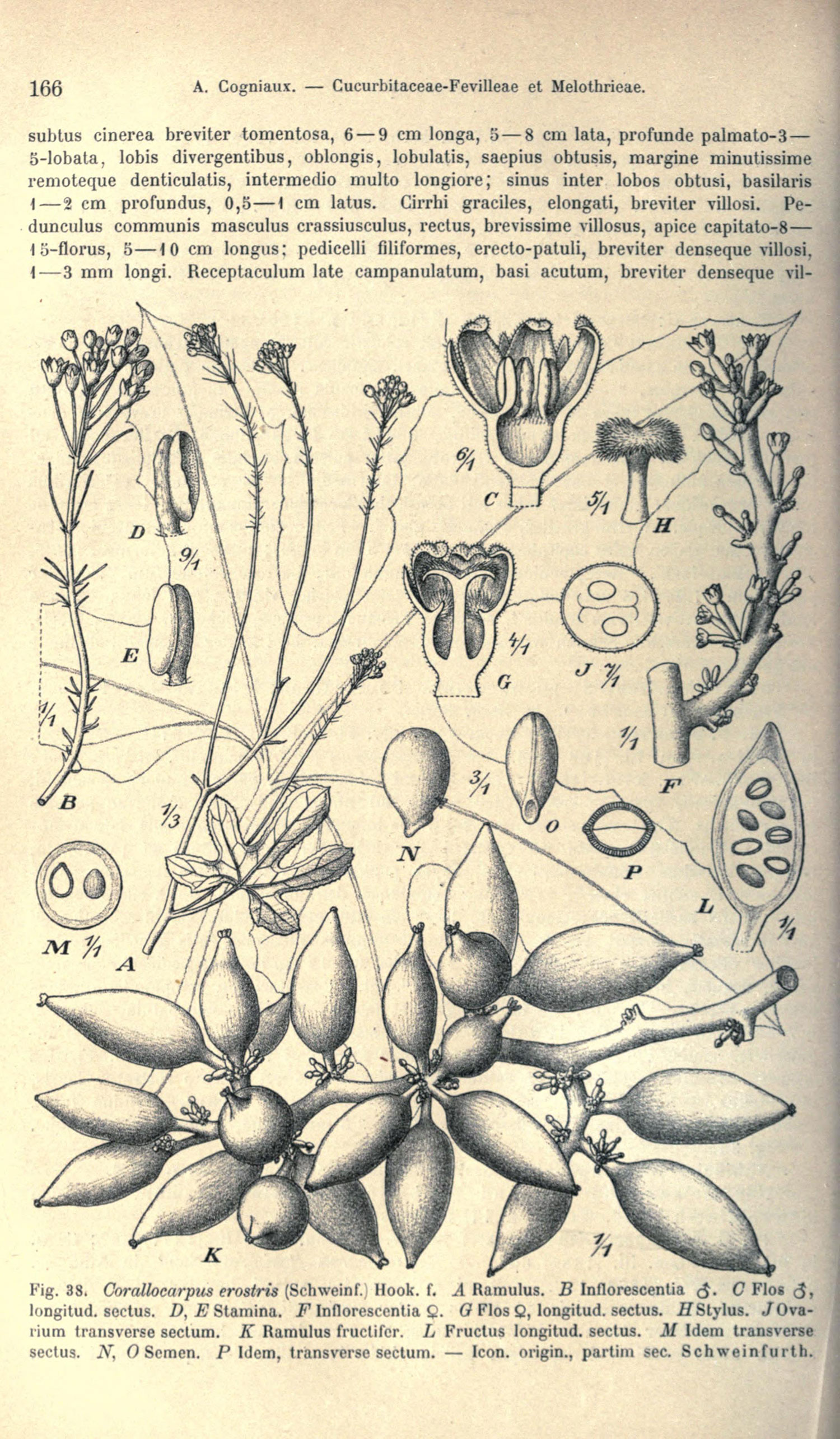 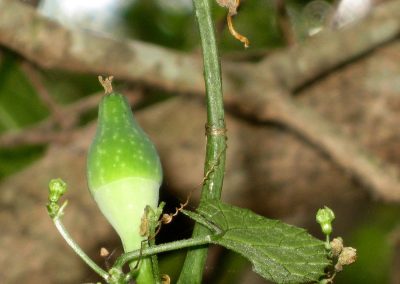 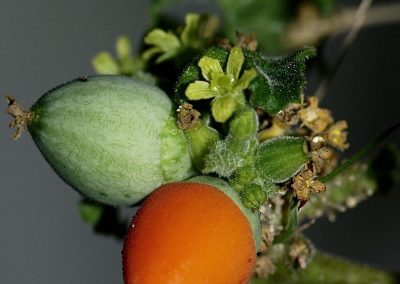 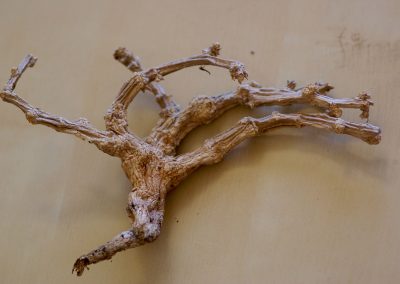 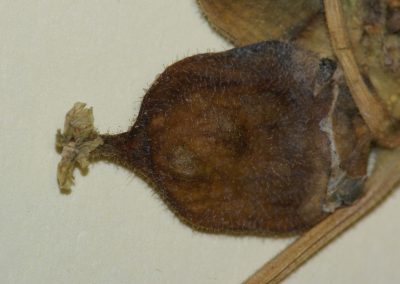