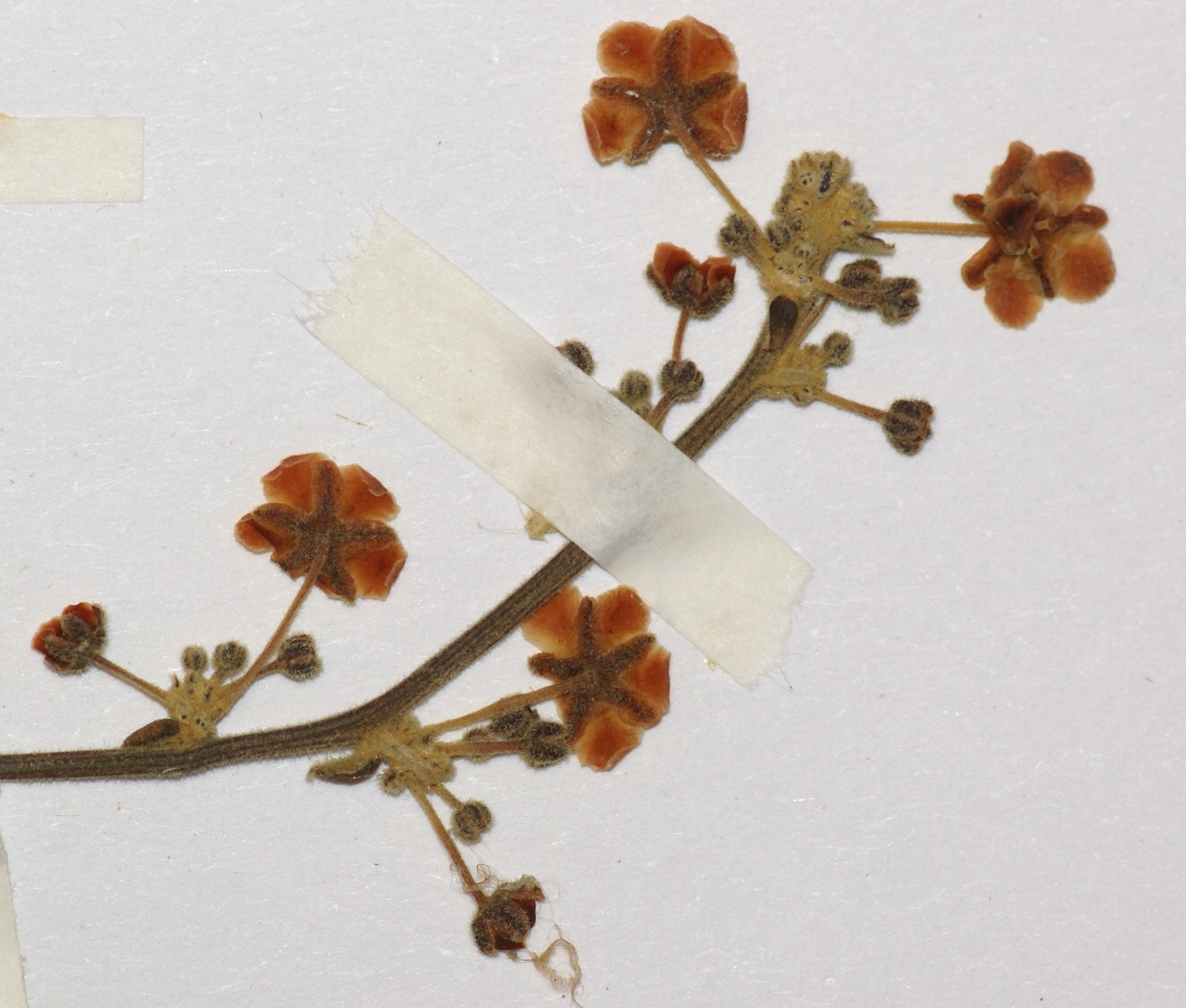 Perennial climbers with several meters long woody shoots and dioecious sex system. The leaves are simple, petiolate, with unlobed or pedately 3-7-lobed or 3-5-foliolate blade and two glands at the distal end of the petiole (or marginal glands at the tip of the main veins). The tendrils are short or very long, apically bifid. The male flowers are produced in panicles or fascicles, the female flowers solitary or in pairs. The receptacle-tube is saucer- or cup-shaped with five, c. 2 mm long sepals. The five petals are suborbicular or oblong-hastate, greenish, yellow or orange, c. 4 mm long. The lower margin of each petal is fused with the sepals and extends into a glandular protuberance. Each petal has a median uncinate appendage. The five stamens are inserted near the center of the flower on short, free filaments. The anthers are all bithecous with straight, vertical thecae, which contain tricolporate, coarsely striate, small. pollen (polar axis 27-33 µm, equatorial axis c. 21-34 µm, (Khunwasi 1998)). The ovary is obconical, subtrigonous, trilocular at the apex and monolocular at the base with three placentae and four pendent ovules per locule. The three styles end in bifid stigmata. The fruit is a globose or ovate-oblong, mottled green, brown or reddish pepo, 8-16 cm long, 7 to 13 cm across, indehiscent or dehiscent along circular calyx scar. The 10-15 oil-rich seeds are orbicular, compressed, large, up to 6 x 2 cm and 3-9 g dry weight. The testa is pale brown, smooth to striate-verrucous or pustulate, often with a narrow, wing-like margin.

The seven species are canopy plants in moist or wet forests and can be found from Southern Mexico to Northern Argentina and in the Caribbean. Fevillea cordifolia is widely cultivated for the oil-rich seeds and like F. trilobata has been used for centuries by indigenous South Americans as candles, purgative and antidote for several kinds of poisoning (Robinson and Wunderlin 2005). Named after the French botanist and explorer L. E. Feuillée (1660-1732).

Nee, M., Schaefer, H. and S.S. Renner. 2010. The relationship between Anisosperma and Fevillea (Cucurbitaceae), and a new species of Fevillea from Bolivia. Systematic Botany 34: 74-78. 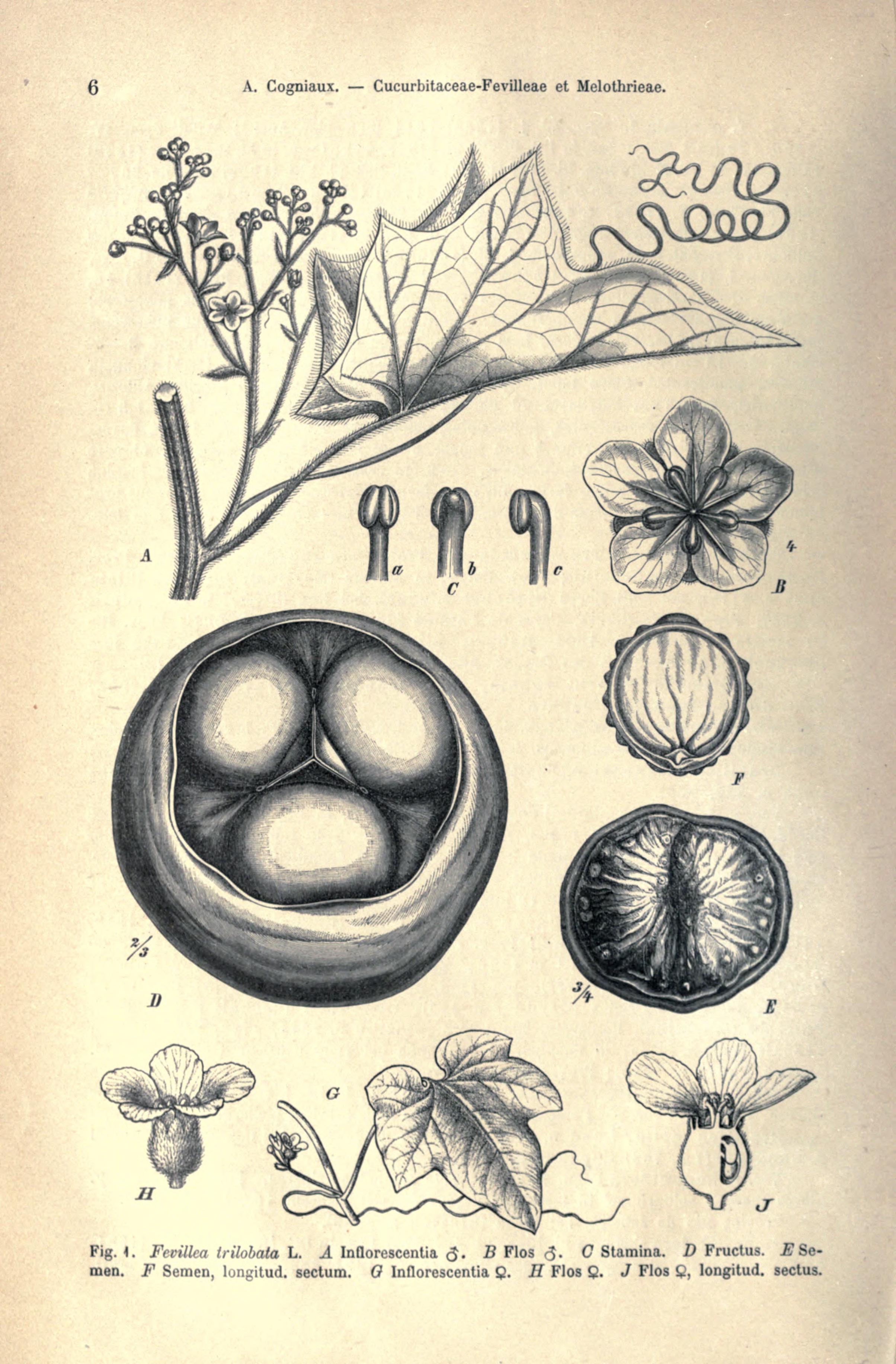