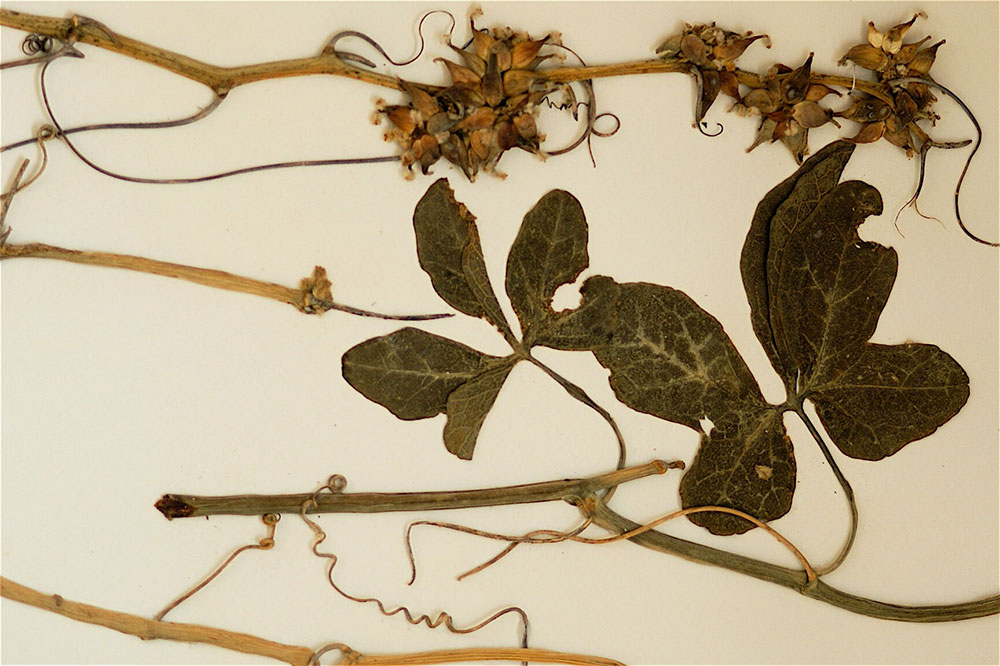 Herbaceous climbers or trailers to 5 m long, some with succulent stems, with perennial rootstock (to 1 m long and 10 cm in diam.) and mostly monoecious sex system (a few species perhaps dioecious). The leaves are petiolate, simple or 5-foliolate, often 3-5(-9)-lobed, often undulate and with nasty odour. The tendrils are simple or 2-3-fid. The flowers are small to large (up to 6 cm across), the male flowers are produced in pedunculate racemes, the female flowers solitary or rarely long-pedunculate. The receptacle-tube is elongated, cylindrical. The five sepals are linear, the five petals are free, greenish-white or yellow. The two to three stamens are inserted halfway up or near the mouth of the tube on short and free filaments. The anthers are either bithecous, or one monothecous and two bithecous with straight or more or less curved thecae. The pollen is tricolporate, reticulate, medium-sized to large (polar axis 47-103 µm, equatorial axis 52-104 µm, (Khunwasi 1998)). The ovary is ovoid or oblong with numerous, horizontal ovules. The usually three stigmas are U -shaped. The edible fruit is fleshy, indehiscent, ovoid to ellipsoid, more or less rostrate, 1-7 cm long, ripening green or red to brown often with white stripes or spots. The few to many seeds are ovoid and compressed with smooth, brown testa, often with distinct, ivory-coloured margin. The chromosome number is n = 14 (Ward 1984).

The 20 species grow on roadsides and cultivated ground, in bushland and Andean grasslands, three species in Mexico and the Southern United States, the remaining 17 species in a disjunct range in central and southern South America (Belgrano & Pozner 2017). Molecular and morphological data suggest that the three North American species are better placed in a distinct genus Cucurbitopsis (Cogn.) Mart.Crov. ex Belgrano (Belgrano 2012).

Phylogenetically, Apodanthera is placed near the New World genera Doyerea, Wilbrandia, and Ceratosanthes of the tribe Coniandreae but the genus is not monophyletic (Schaefer et al. 2009; Schaefer and Renner 2011; Belgrano 2012) and a detailed analyses of the entire tribe is needed. 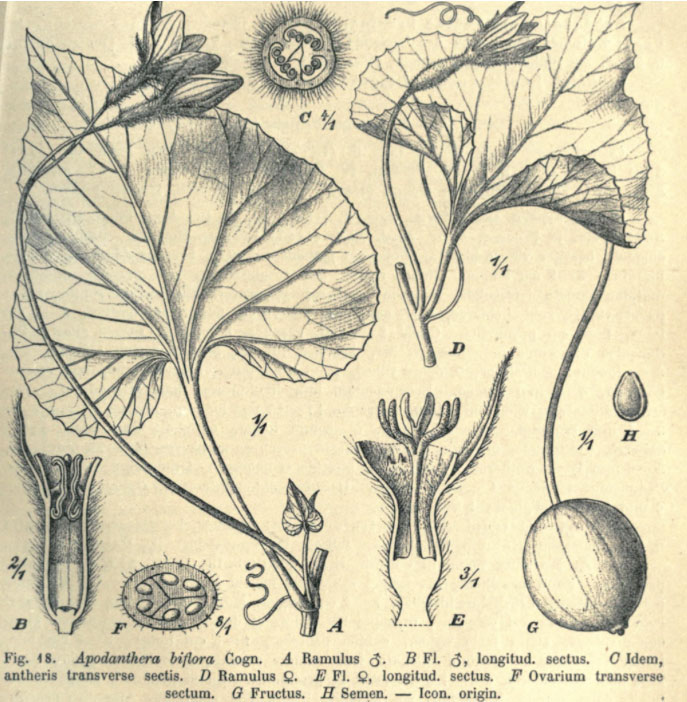 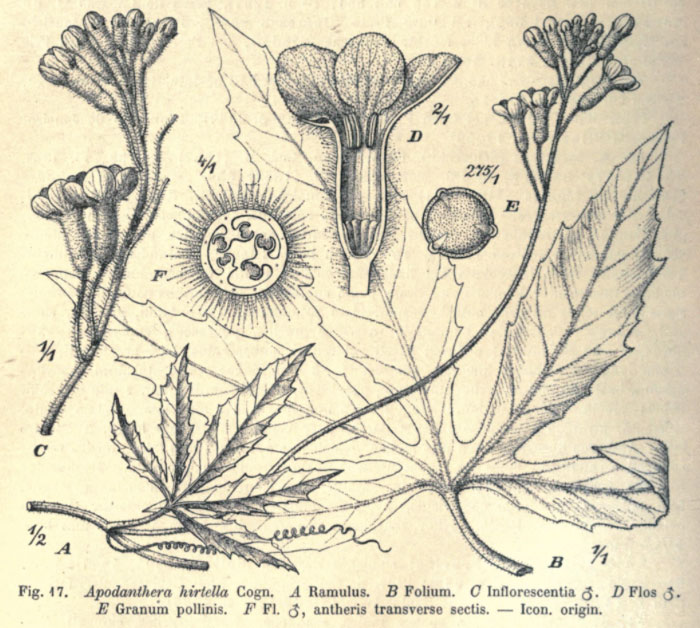 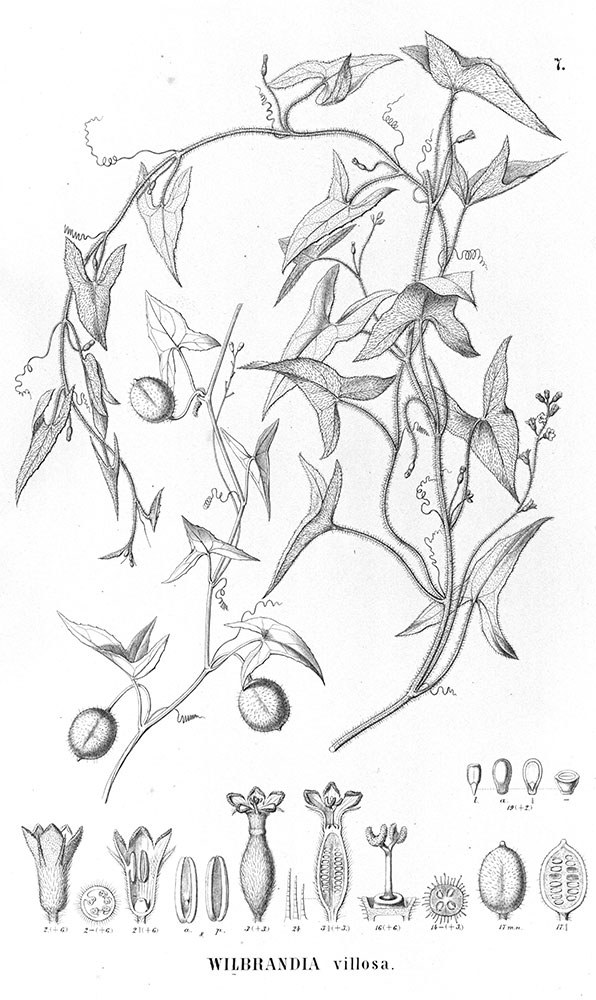 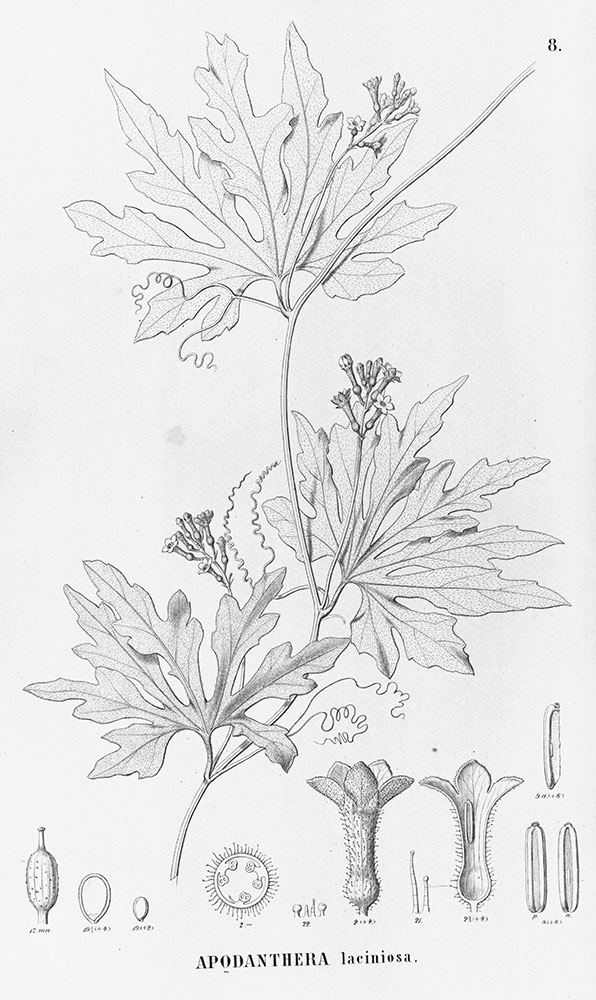 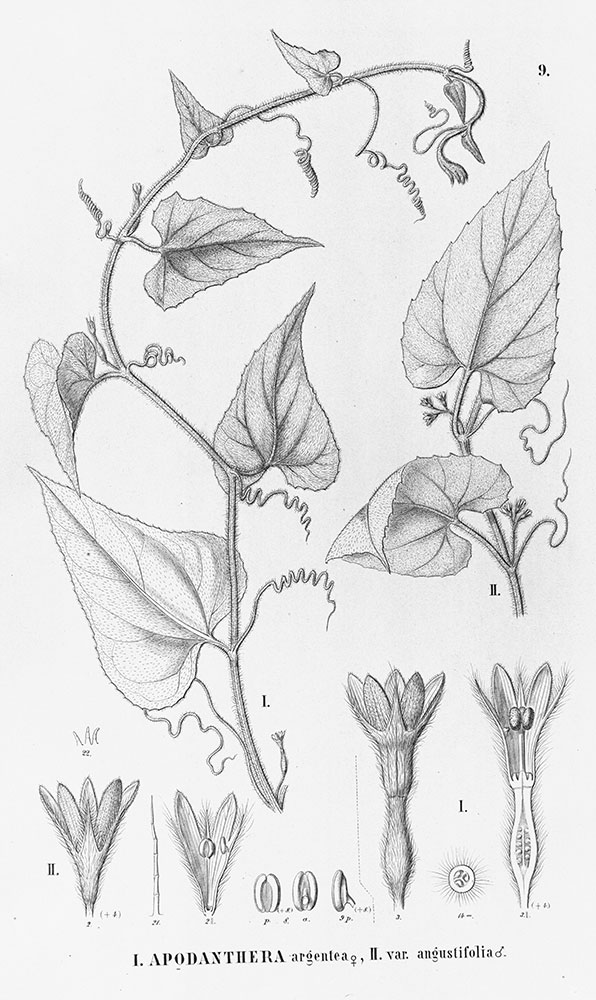 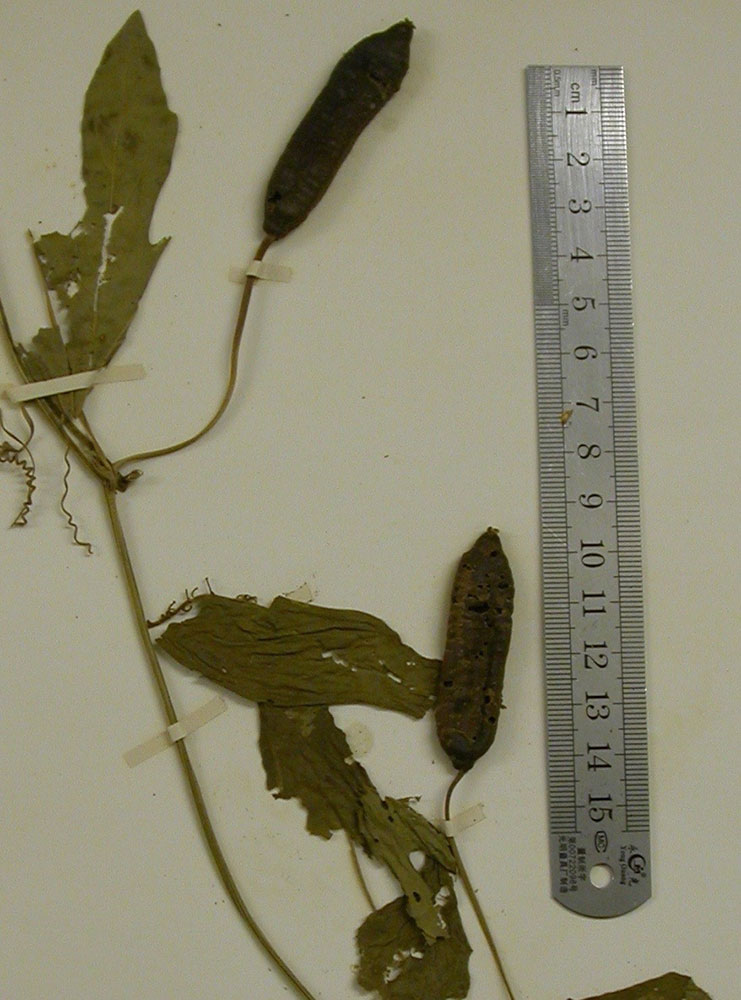