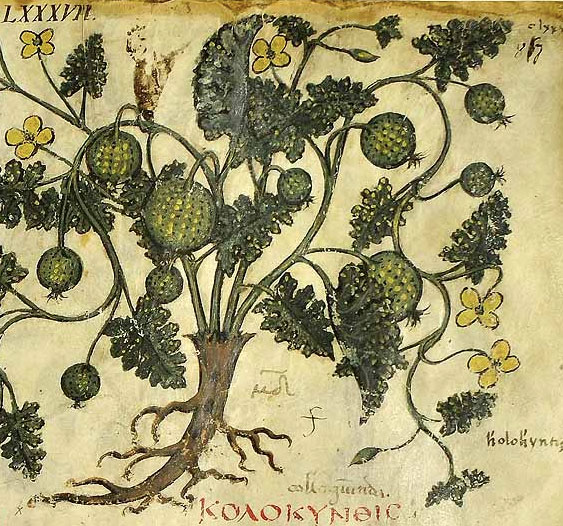 Annual or perennial herbs with up to 6 m long, trailing shoots, thin or up to 1 m long tuberous root and monoecious or dioecious sex system. The leaves are simple, petiolate, the blade rounded or broadly to triangular-ovate, palmately 3-5-lobed, the segments lobulate or dissected. The tendrils are bi- to trifid, simple or absent, in one species, C. naudinianus, transformed into spines. The flowers are usually produced solitary in the leaf axils. The receptacle-tube is broadly campanulate with five narrow sepals. The corolla is rotate or broadly campanulate, medium-sized with five, yellow to white, ovate-oblong petals, which are united at the base. The three stamens are inserted near the base of the tube on short, free filaments. Two of the anthers are bithecous, one is monothecous with flexuous thecae. The pollen is tricolporate, irregularly reticulate, medium-sized (polar axis 43-59 µm, equatorial axis 41-56 µm, (Khunwasi 1998)). The ovoid ovary consists of three placentae with many horizontal ovules. The style is short, columnar with three thick, reniform, more or less trilobed stigmata. The fruit is large, globose or oblong, fleshy or dry, indehiscent, glabrous or covered with prominent spines and contains many oblong, compressed, smooth seeds with pale yellowish‚ blackish or brown testa. The chromosome number is n = 11 in C. lanatus and C. colocynthis (Beevy and Kuriachan 1996).

Seven species growing in semi-deserts and xeric bushlands, on sand dunes and other disturbed ground in the eastern Mediterranean region, Africa and western Asia. One species, C. lanatus, is widely cultivated and a casual or locally naturalized in many parts of the Tropics and Subtropics.

Phylogenetically, Citrullus is placed in the tribe Benincaseae, where it groups with the African genera Peponium and Lagenaria (Schaefer et al. 2009; Schaefer & Renner 2011). 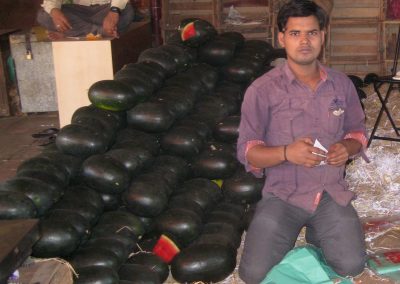 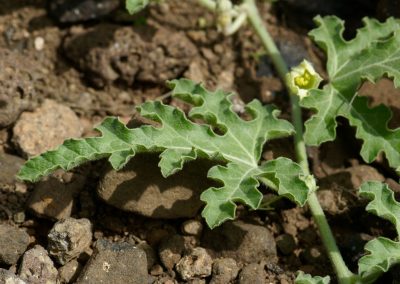 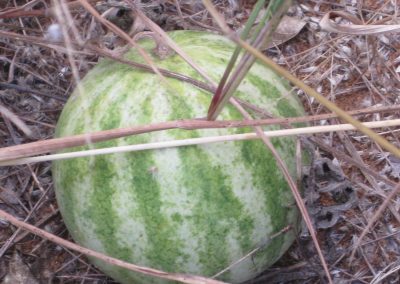 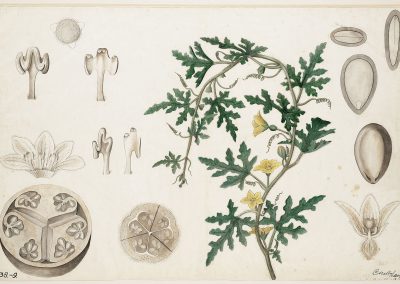 Beevy, S.S. and P. Kuriachan. 1996. Chromosome numbers of South Indian Cucurbitaceae and a note on the cytological evolution in the family. J. Cytol. Genet. 31: 65-71. 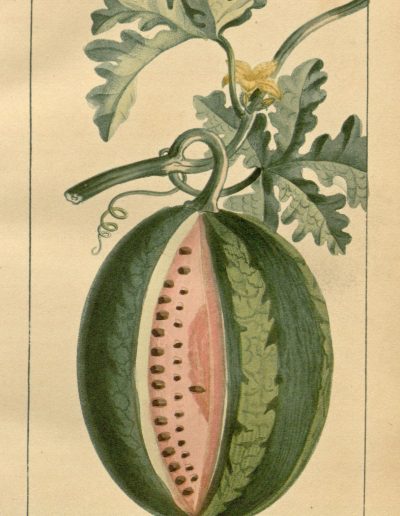 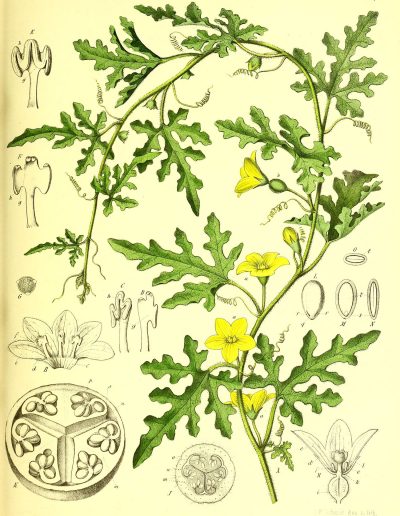 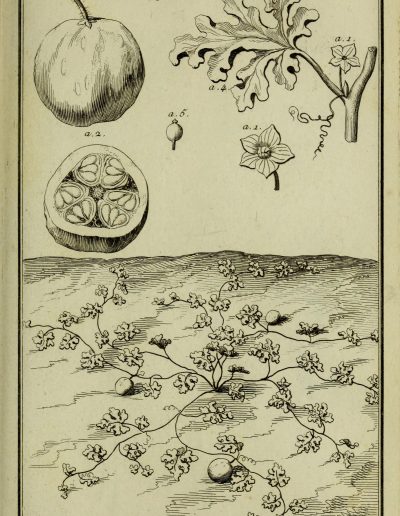 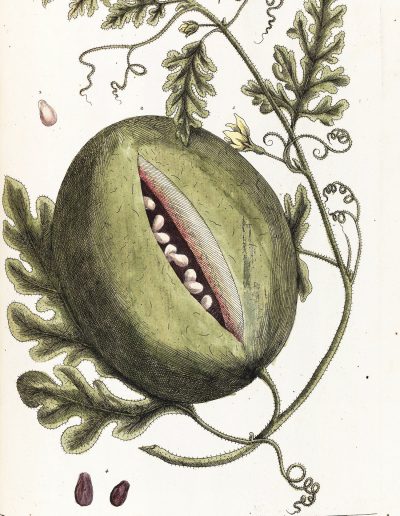