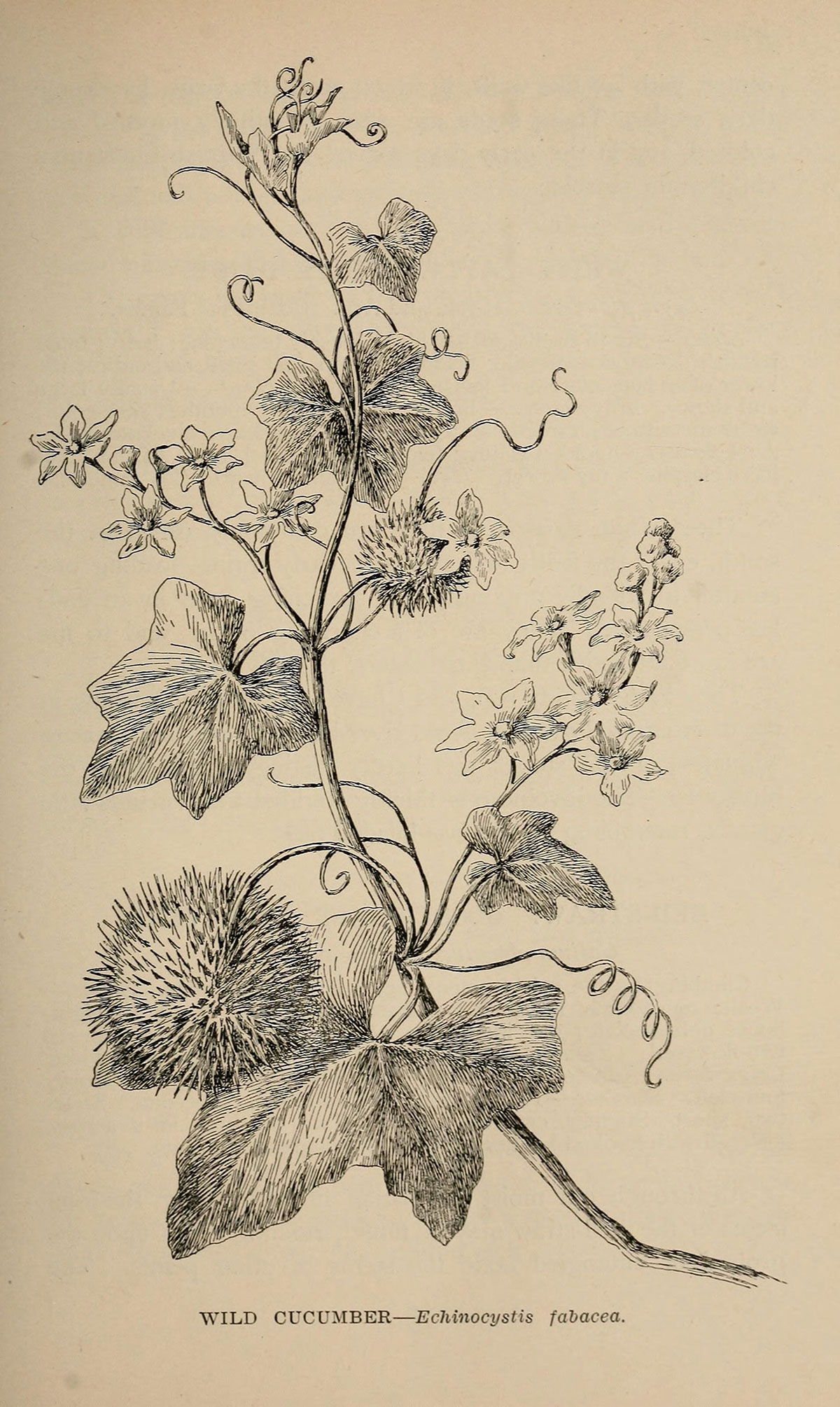 Climber or trailer with herbaceous shoots and (very) large, perennial, large tuberous, often partly exposed rootstock (‚manroot‘), and monoecious sex system. The leaves are simple, petiolate, the blade is round, cordate, and palmately 3-9-lobed. The tendrils are simple or bi- to trifid. Male flowers are produced in racemes or panicles (rarely solitary), the female flowers are solitary, often coaxillary with male. The receptacle-tube is campanulate to saucer-shaped with five filiform sepals (rarely absent). The corolla is 3-15 mm wide, cup-shaped to rotate with five oblong to lanceolate, white or cream to yellowish green petals. The three (or rarely four) stamens are inserted near the center of the tube. The filaments are fused into a central column with anthers twisted together. The thecae are flexuose and contain 4-5-colporate, perforate, medium-sized pollen (polar axis 61-92 µm, equatorial axis 54-88 µm (Khunwasi 1998)). The ovary is ovoid to globose, rostrate, glabrous or setose with 2-4 placentae and 1-8 erect ovules per locule. The style is short with a single, hemispherical and 2-5-lobed stigma. The fruit is a dry, round, ovate, or oblong capsule, irregularly dehiscent, 3-6 cm across, prickly or setose, sometimes rostrate, glabrous or tomentose. The 4-30 seeds are globose, turgid, up to 3.5 cm across with smooth, yellowish to gray testa, margin not distinct. The chromosome number is n = 15 (Parfitt et al. 1990) or 16.

The eight species grow in in moist canyons and scrubland in the Western and Southeastern US (Washington to California, Arizona, New Mexico) and one endemic to Mexico (Cedros Island, Baja California).

Phylogenetically, Marah is placed in tribe Sicyoeae, where it is sister to Echinocystis, from which it split about 15 million years ago (Schaefer et al. 2009). 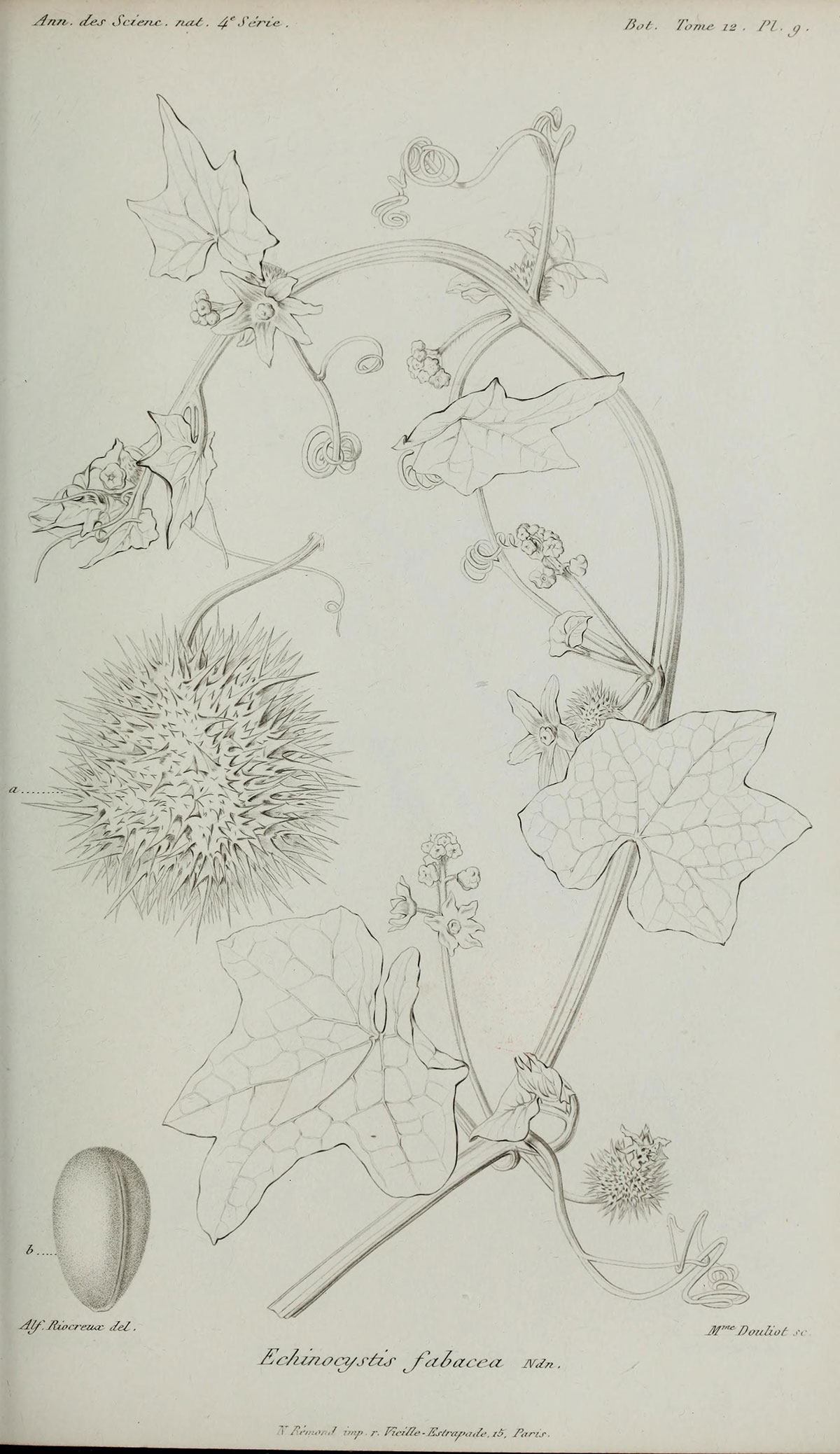