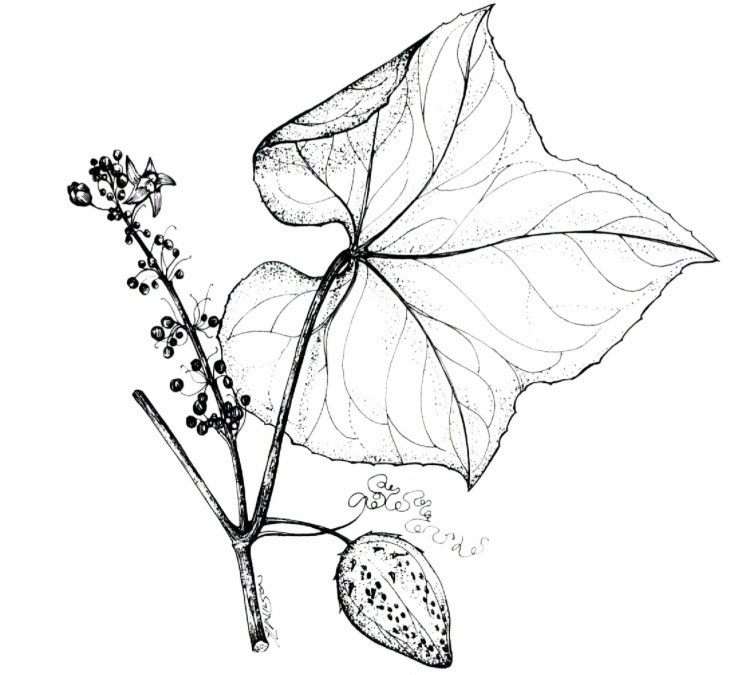 Climber with several meters long, herbaceous shoots and perennial, tuberous roots. The sex system is monoecious. The tendrils are 3- to 5-fid. The leaves are simple, long-petiolate, with palmately lobed or angulate blade. The flowers are small. Male flowers are produced in racemes, the female flowers are solitary or in groups of 2-5, often coaxillary with male inflorescences. The receptacle-tube is semi-globose, with ten pouch-like nectaries at the base, some species with umbrella-like covering over the nectaries. The five sepals are triangular or thick and rounded. The corolla is rotate with five, white, ovate-lanceolate, acute petals. The three stamens are inserted at the base of the tube on a central column made up of fused filaments. Two anthers are bithecous, one is monothecous or all anthers are connate into a subglobose head. The thecae are flexuous and contain echinate pollen. The ovary is fusiform, setose with one placenta and one pendent ovule. The style is short with a 3-5-lobed stigma with reflexed lobes. The fruit is medium-sized, 3-6 cm long, fleshy, ovoid to fusiform, indehiscent, sulcate at the apex, sparsely spiny along the ridges or at the apices or glabrous, ripening green, yellowish or purple. The seed is solitary, ovate, compressed, pendent, woody, often germinating within the fruit. The chromosome number is n = 12 in F. villosa Wunderlin and n = 14 in F. venosa L.D. Gomez (Mercado & Lira Saade 1994).

Named after the German explorer and physician Alexander von Frantzius (1821-1877).

The genus Frantzia is placed in tribe Sicyoeae, where it groups as sister to Echinopepon (Schaefer et al. 2009; Schaefer & Renner 2011; Sebastian et al. 2012). 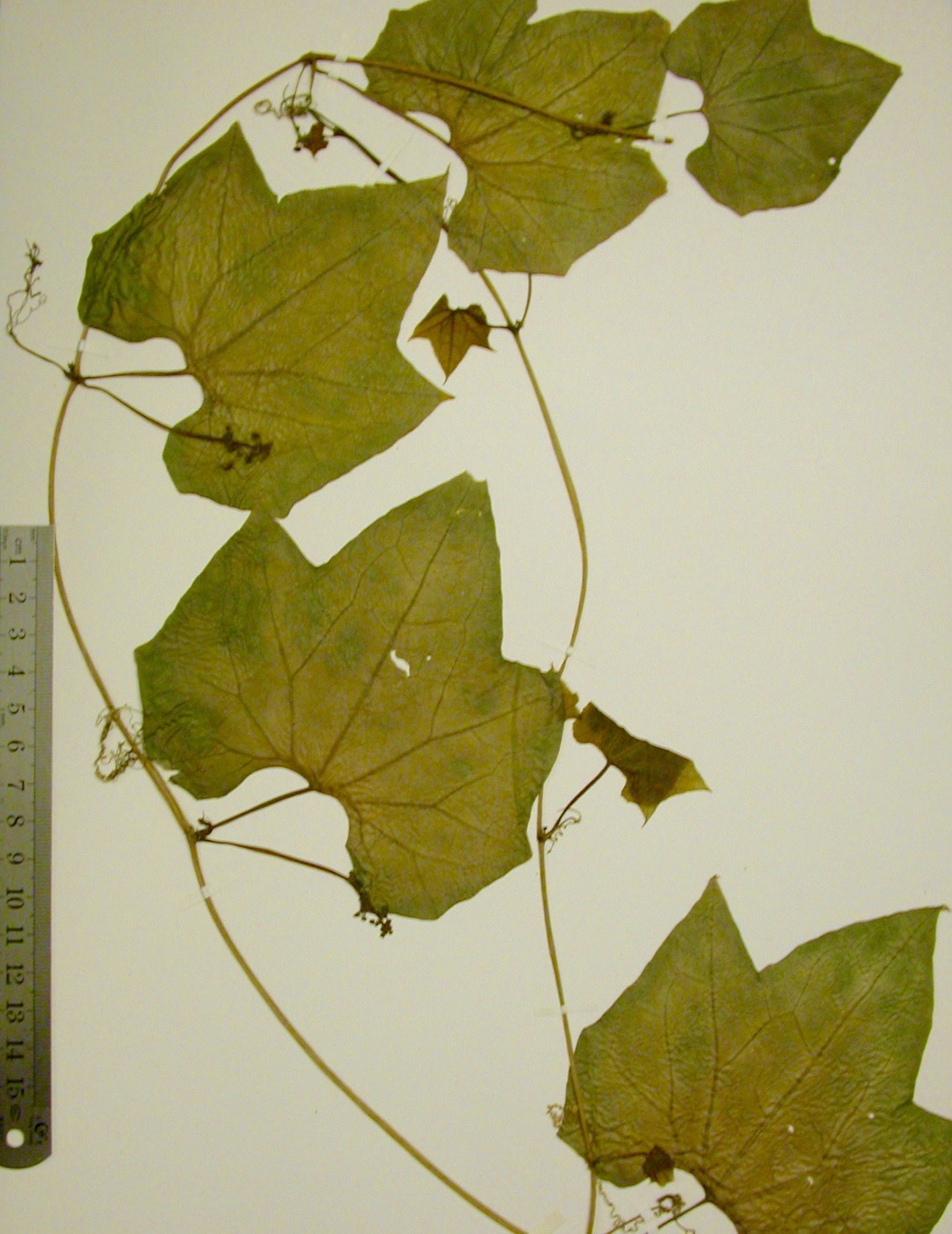