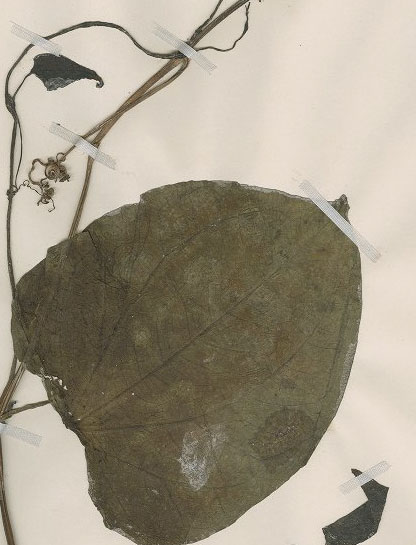 Perennial climber with up to 15 m long herbaceous shoots and monoecious sex system. The leaves are simple, petiolate, with broadly-ovate to cordate or pentagonal, entire or 3-7-lobed blade, some species with discoidal glands at the base of the leaf. The tendrils are 2-5-fid or rarely simple, sometimes with adhesive disks. The flowers are medium-sized to large, male flowers are produced in pedunculate racemes, the female flowers solitary, in some species with conspicuous vanilla-scent. The receptacle-tube is short, urceolate-cylindrical or campanulate with five short, triangular or linear to subulate sepals. The corolla is campanulate with five to six, triangular, 5-30 mm long, yellow or greenish-white petals. The three to five stamens are inserted near the base of the tube. The filaments are fused into a central column, the monothecous anthers are fused into a central, globose head. The thecae are triplicate or convolute and contain 4-7-colporate, perforate, large pollen (polar axis 88-122 µm, equatorial axis 82-130 µm, (Khunwasi 1998)). The ovary is ovoid to subglobose or oblique, mostly rostrate, hispid with several, erect to ascendent ovules. The style is elongate with peltate stigma. The fruit is fleshy, 11-14 cm long, 7.5 cm across, setose, rostrate, asymmetrically marsupiform, explosively dehiscent. The few seeds are large, circular, 2-4 cm in diameter, or ovate to pear-shaped, compressed, angularly lobed, embedded in white, spongy pulp. The testa is black to grey, smooth or minutely rugulate, with distinct margin. 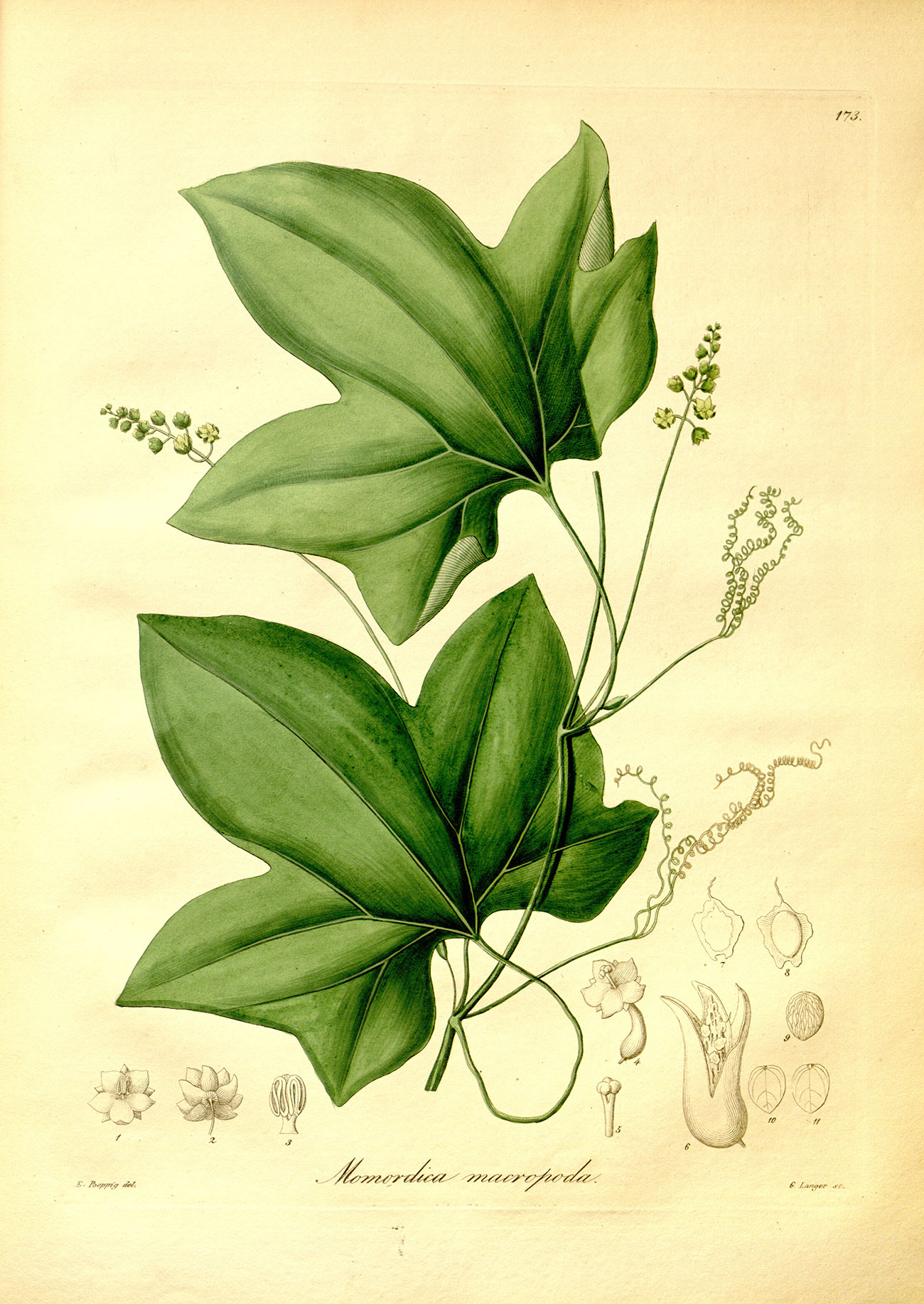 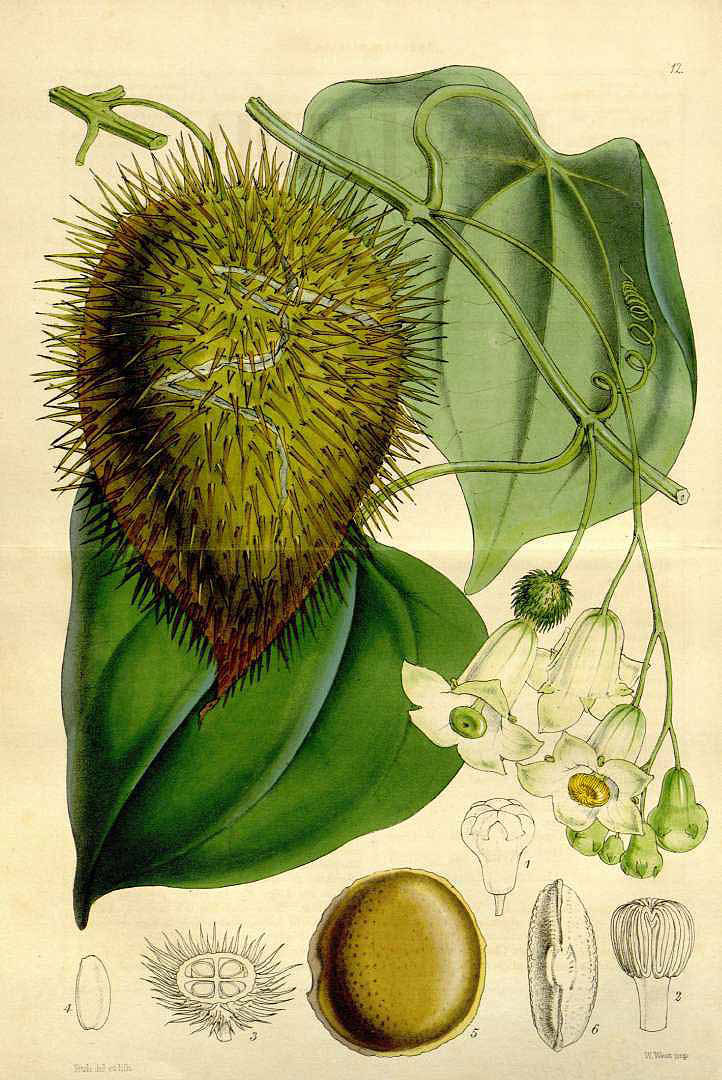 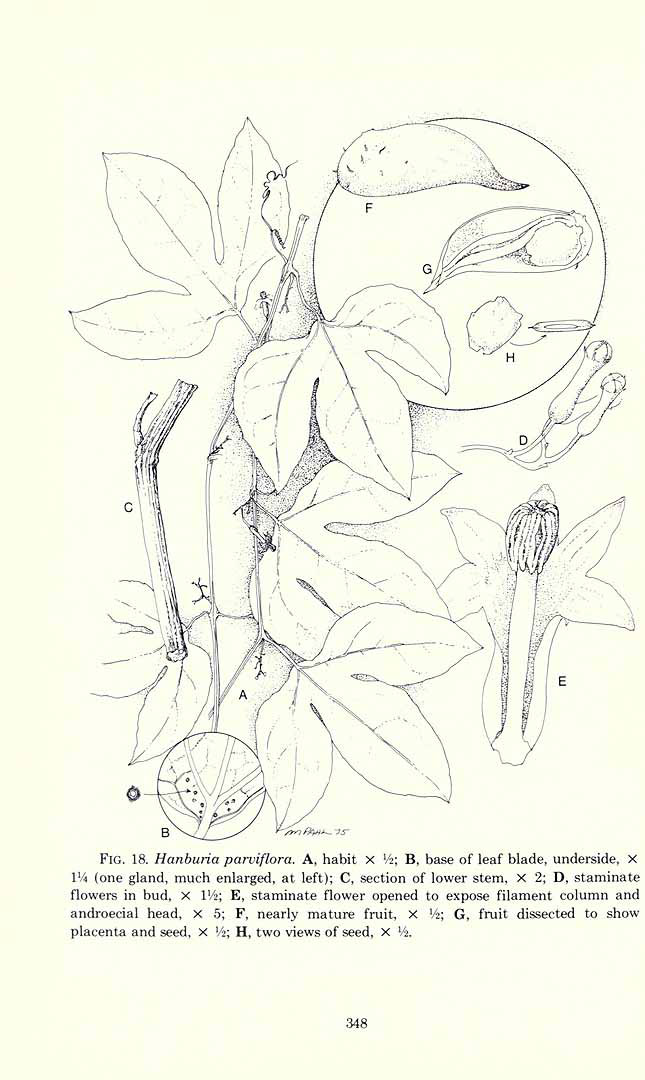