Perennial climber with several meters long, herbaceous or woody shoots and monoecious sex system. The leaves are simple, petiolate, large, coriaceous, ovate to roundish, entire or trilobed, the tendrils are simple. The large flowers stand solitary in leaf axils. The receptacle-tube is turbinate in male flowers or cup-shaped in female ones. The five sepals are ovate-lanceolate. The funnel-shaped to rotate corolla is composed of five ovate-oblong, greenish-white petals, which are fused at the base. The three stamens are inserted at the base of the tube on free filaments. The anthers are connate into a central column. The triplicate thecae contain triporate, echinate, large pollen (polar axis 103-144 µm, equatorial axis c. 105-146 µm, (Khunwasi 1998)). The ovary contains three placentae with many, ascending to horizontal ovules. The stigmata are strongly papillose. The fruit is a large, ovoid, fleshy, hard-shelled pepo, to 10 cm across, glabrous, ripening yellowish. The many seeds are elliptic, tumid, 1-1.8 cm long with dark brown to black testa.

The four species grow along forest margins and in montane forest in Central America, Cuba and Jamaica.

Phylogenetically, the genus is placed in tribe Cucurbiteae as sister clade to Cayaponia plus Abobra (Schaefer et al. 2009; Schaefer & Renner 2011). 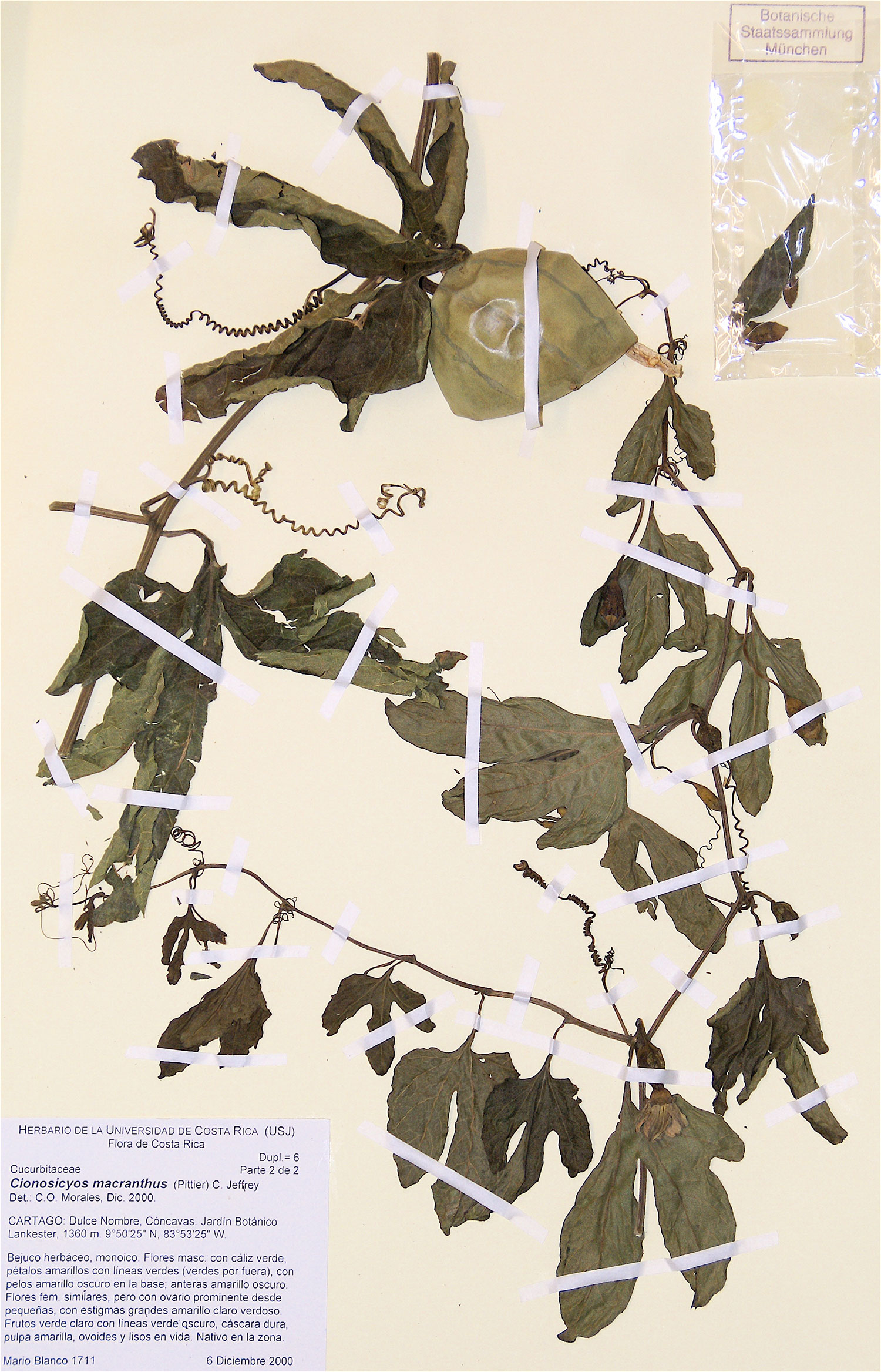 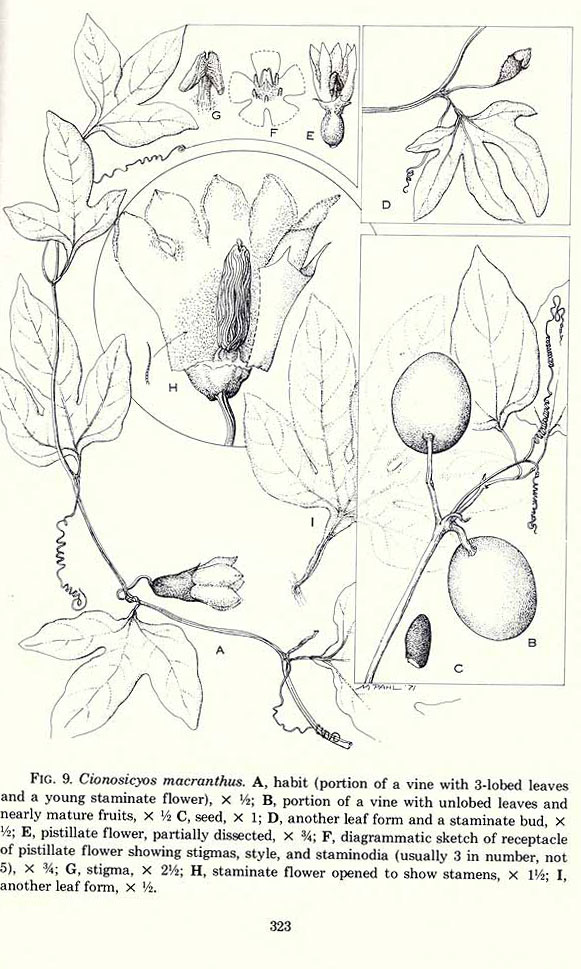